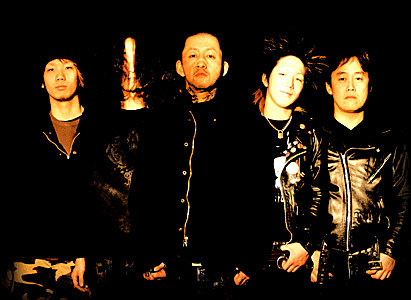 Japanese hardcore hits the US shores when Slang crash lands at Chaos In Tejas 2010. Luckily for the rest of us, these headcases will hit the road for a string of dates including NYC twice as part of the ongoing Hardcore Gig Volume series! First up, Slang will team up with faves Mind Eraser, Nomos and The Rival Mob for a show at Death By Audio on June 9th. Three days later, Slang will join Perdition to support World Burns To Death (!) when the band plays Cake Shop on June 12th, their first NYC show in close to three years. Full tour dates and Slang tour flyer below.

Before that, Connecticut's The Pist will headline Europa with The Wankys, Chaos Destroy, Brain Killer, and Guilt Trip. Tickets are on sale.

Ceremony have a new album Rohnert Park due via Bridge Nine Records, and the band will be hitting the road hard over the summer as a result, doing their first pass at NYC with Blacklisted, Skin Like Iron, and The Men at Cake Shop on June 19th. The show will be an early show, and ending in time so that you can catch the previously scheduled Eddy Current Supression Ring/Pissed Jeans show at its new venue, Death By Audio (was Market Hotel). Ceremony will also be back in NYC with Punch for a pair of shows on August 7th and 8th at ABC No Rio and Death By Audio respectively.

Finland's Kyklooppien Sukupuutto are playing a pair of NYC dates as part of a larger tour for the Finnish band. Block off May 14th (Friday - TONIGHT) or May 15th (Saturday) to catch them at The Charleston (with Dry Spell, The Ominous Order of Flithy Mongrels, & Pollution) or ABC No Rio (with Acid Reflux, Staring Problem, & Crazy Spirit) respectively to catch this band before they scoot down to Chaos in Tejas 2010. Full dates are below...

In related Chaos in Tejas news, the Leatherface cancellation at Knitting Factory was just the beginning! The UK band has also cancelled their US tour including their appearance at Chaos in Tejas.

In other awesome festival news, the onslaught of post-MDF tours continue, as Mass Grave will play June 4th at new venue The Acheron (57 Waterbury St.) in Brooklyn alongside Atakke, HOG, Disma. The show originally included Bay Area d-beaters Stormcrow (and was at Rock Star Bar), who have since cancelled their appearance. Stormcrow will, however, team up with another MDF band, Coffins, for a split on 20 Buck Spin. The label doesn't have a release date, but is "hoping" to have it out by the time MDF rolls around.

Another pair of MDF'ers Jesus Crost and Rompeprop will hit the road for a tour as well, tagging Fontana's on May 26th with Ingrowing (who are also playing The Charleston on May 21st), before the festival. The show is the only other US date for the pair so far. Jesus Crost is currently streaming three new songs from their LP 010 at their myspace. Pick up that record via Bones Brigade. JC will also record a few songs later this year for a split with Phobia.

Texas terrors PLF have also scheduled an NYC show with Czech grinders Gride as part of a larger tour for the pair surrounding their MDF appearance. Power Cup, Unmen, and InTheShit will support the pair on the May 25th show at Bushwick Bike Shop.

Slang tour flyer, tons o' tour dates, and the Stormcrow/Coffins art is below 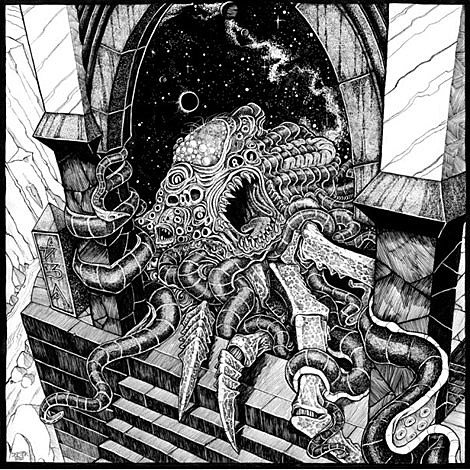 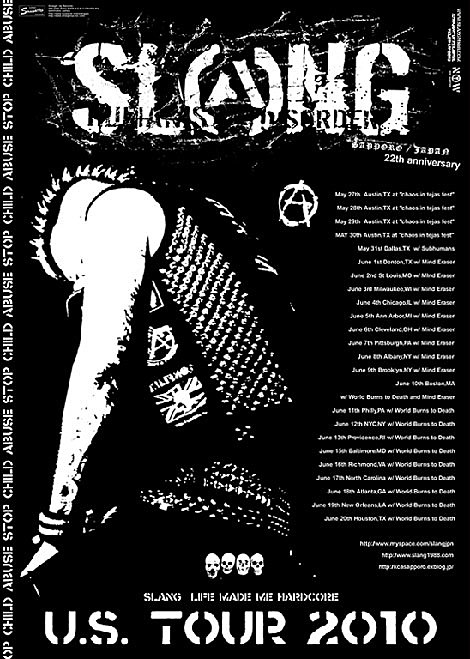