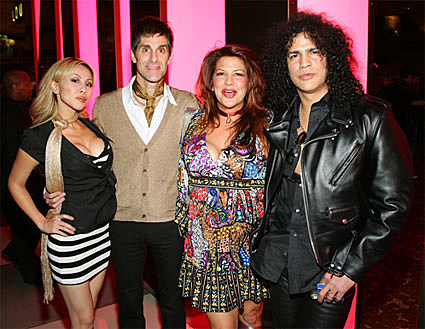 The show is April 17th @ Nokia Theatre. It benefits Road Recovery ("music without drugs"). Tickets are on sale. A lot of these same people played a surprise show together at SXSW in 2007. Video below....

Tom Morello,Slash,Perry - This Land Is Your Land, SXSW 2007

Tom Morello, Les Claypool, Slash, Wayne Kramer, Nuno Betancourt and Alexi Murdock playing This Land Is Your Land at The Parish during South By Southwest