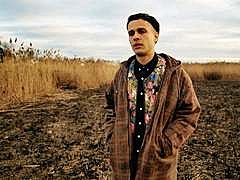 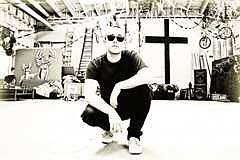 We recently profiled Brooklyn producer Slava and mentioned his upcoming NYC shows, which include Warm Up at MoMA PS1 on July 28 and a BPM152 party at Tammany Hall on August 11. But if you'd like to catch Slava even sooner than that, head to Big Snow on Saturday (7/14) where he'll play as part of the ongoing Alan Watts residency with Y.O.U. and Comadrone. That residency also continues on July 19 with Grasshopper, Warcries, Kel Valhaal, and Future Shuttle.

Hopefully we'll stop confusing them one day, but until then I find it worth mentioning that the similarly named Salva plays a NYC show at Glasslands on September 14. Tickets for that show are on sale now. It's a late show which happens after Maria Minerva plays the venue earlier that night.

Lists of dates and song streams from both producers are below...