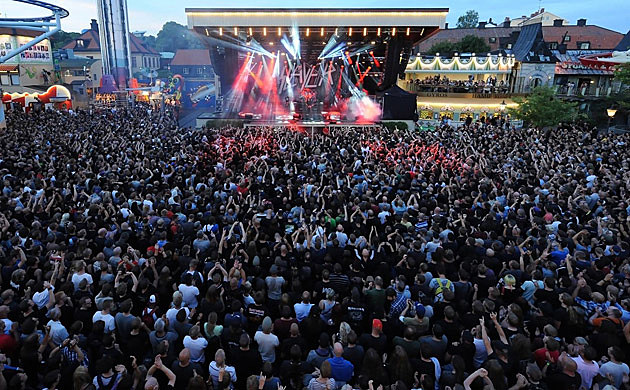 As discussed at BV Chicago, Slayer have released a new set of dates without both Jeff Hanneman (RIP) and Dave Lombardo in tow. Its a bit strange to think that is a possibility considering their last 10+ years touring as all four original members, followed by Hanneman's departure a couple of years ago. Either way, the dates include all of the previously discussed appearances at The Theater at MSG, Fun Fun Fun Fest and more, as well as stops in Camden, NJ at Susquehanna Bank Center on November 29 and Oakdale Theater in Wallingford, CT on November 26.

Tickets are currently on sale for MSG; Tickets for the NJ and CT are currently on Fan Club presale (anyone know the password?), with a Citi presale on Wednesday at 10 AM, Live Nation presale on Thursday (9/5) at 10 AM and on sale to the general public starting Friday (9/6) at 10 AM.

All tour dates are listed, along with recent live video, including one of Phil Anselmo singing "Fucking Hostile" with Slayer as his backing band, below.