photo: Sleaford Mods at their US debut (more by PSquared) 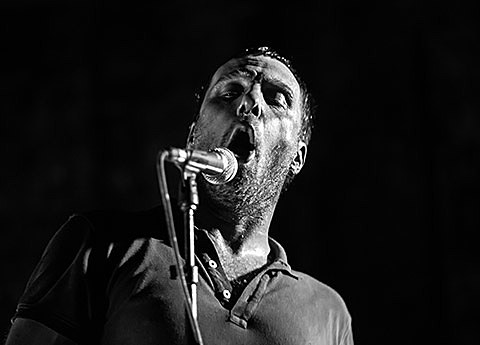 Sleaford Mods and The Pop Group have a new split 7" due out June 18 via Freaks R Us. Sleaford Mods' side is an alternate version of "Face to Faces," which features on their forthcoming new album. On the flip, The Pop Group offer up the brittle and bouncy "Nations" from this year's Citizen Zombie. You can stream both sides below.

The Pop Group wrapped up their first-ever US tour last month; Sleaford Mods also just appeared in the video for their collaboration with The Prodigy.