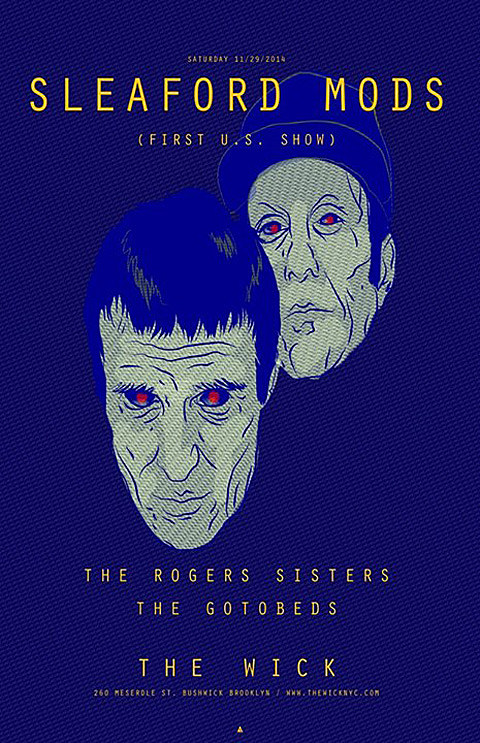 Don't forget if you're in NYC over Thanksgiving weekend you can catch Sleaford Mods playing their first-ever North American show at The Wick on Saturday (11/29). BrooklynVegan is presenting the show which also features Pittsburgh's awesome The Gotobeds (ex-Kim Phuc) and reunited Brooklyn postpunks Rogers Sisters. (Sadly, the "very special guests" we mentioned before can't do it now.) Tickets are still available but if you'd like to go for free, we're giving away a pair. Details on how to enter, plus album streams by Sleaford Mods (and Gotobeds and Rogers Sisters), below.

======================
For a chance at winning a pair of tickets to see SLEAFORD MODS AT THE WICK: either tweet something that includes both @BrooklynVegan AND "ARTIST" in the tweet, or send an email to BVCONTESTS@HOTMAIL.COM with the subject line "SLEAFORD MODS". Include your first and last name in the email. We'll pick a winner at random and contact them with more details. If you enter by email, it will not be shared with anyone else. Good luck!
======================