photos by Ebru Yildiz for NPR 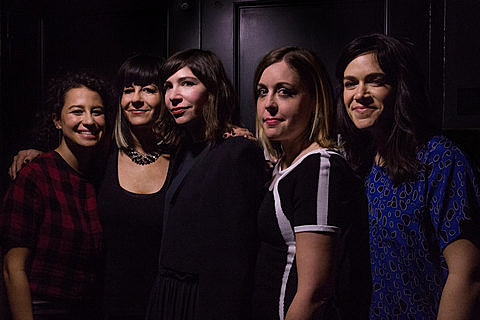 Sleater-Kinney, whose great new album No Cities to Love is out this week via Sub Pop, were in NYC on Friday (1/16) to be interviewed by Ilana Glazer and Abbi Jacobson of Broad City at Ace Hotel for NPR. The interview will be up on NPR this week, but while you wait for that, here's some highlights via Flavorwire:

3. Sleater-Kinney members are sick of having their gender pointed out -- like in the New York Times.

Weiss admitted frustration with seeing terms like "all-female band" show up in New York Times articles. (A recent Times profile also felt the need to dedicate three sentences comparing and contrasting members' looks.) Brownstein pointed out the absurdity of another aspect of the job: "No one's ever asked the question, 'Why did you decide to be in a band with all men?'"

Weiss called it the "Women in Rock" ghetto, referring to some publications' perception of women musicians as a specialized interest, and only comparing them to other bands with female members. "Who wants to be a white male? I don't," Brownstein added.

4. Likewise, Ilana is tired of Broad City being compared to Girls.

Brownstein related, wisely surmising, "If you're an 'other,' they want you to beat up the other 'other.'"

5. Don't expect to see Sleater-Kinney to play the festival circuit.

While festivals have grown into one of the music industry's few saving graces during S-K's decade off, don't expect to see the group making the rounds, especially not billed as a reunion. They view their shows as events, and they lose that excitement at a festival.

Read seven other highlights here. Pictures of the interview are in this post.

As discussed, Sleater-Kinney will be touring soon (with Katie from Sky Larkin as a live member), and since we last spoke, Minneapolis rapper Lizzo was added as an opener to several dates, including both sold-out Terminal 5 shows in NYC. Updated dates are listed below.

If you're a satellite radio subscriber, tune in to XMU to hear Sleater-Kinney members guest co-hosting during the afternoon all week.

Meanwhile, Broad City Season 2 premiered last week on Comedy Central and included a very funny clip where they deal with just about every bad NYC subway experience all in one ride. Watch that video, with more pictures from the S-K interview, below... 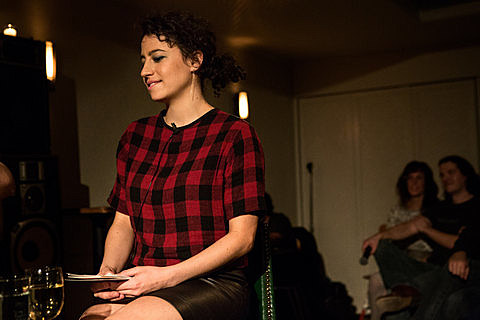 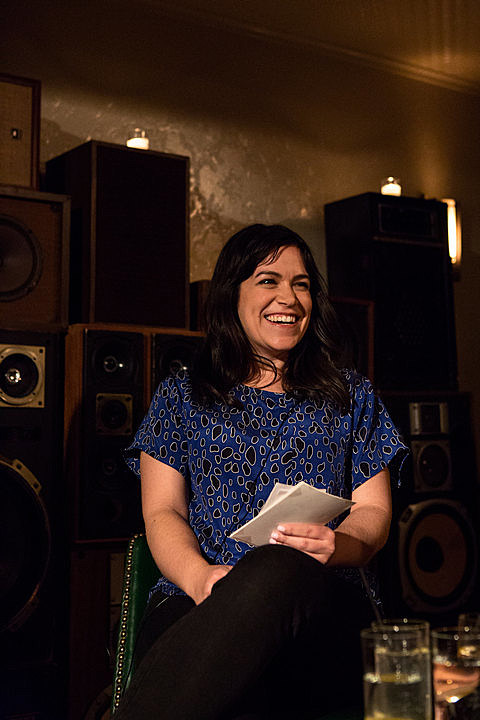 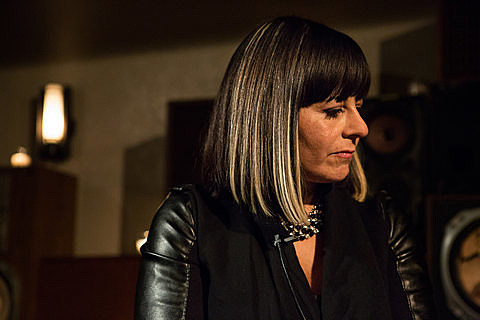 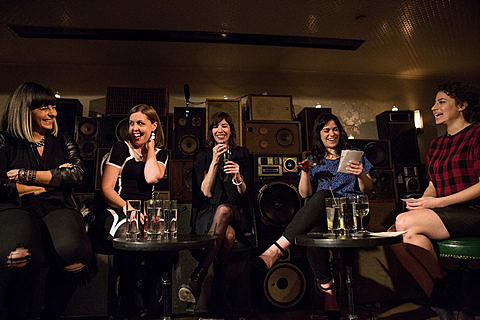 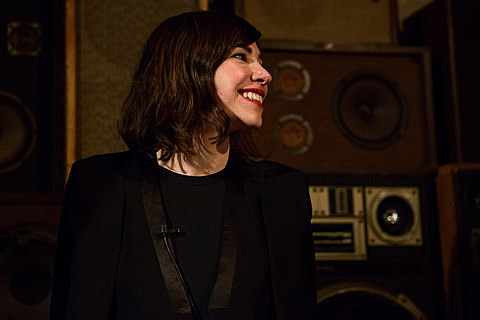 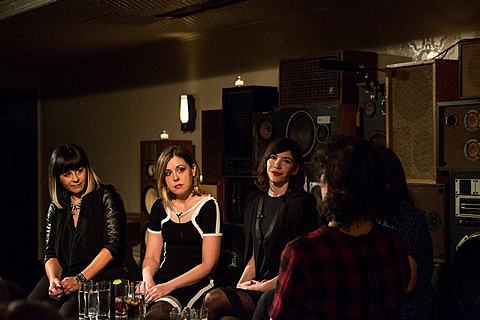 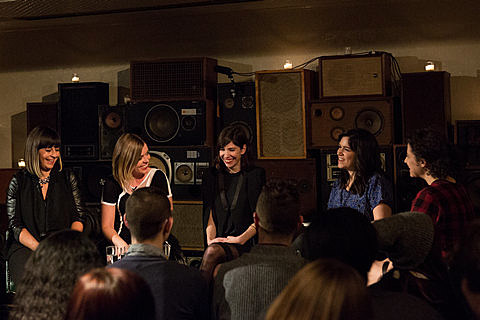 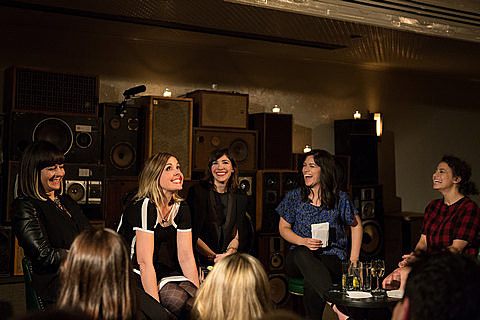 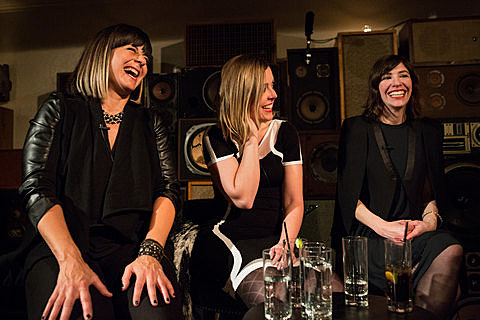 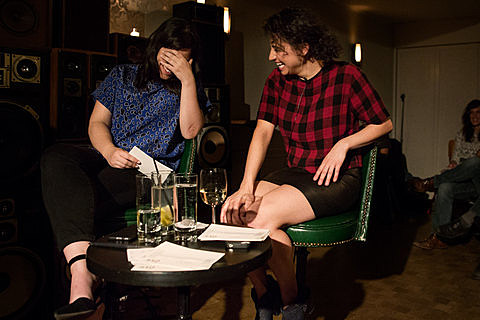 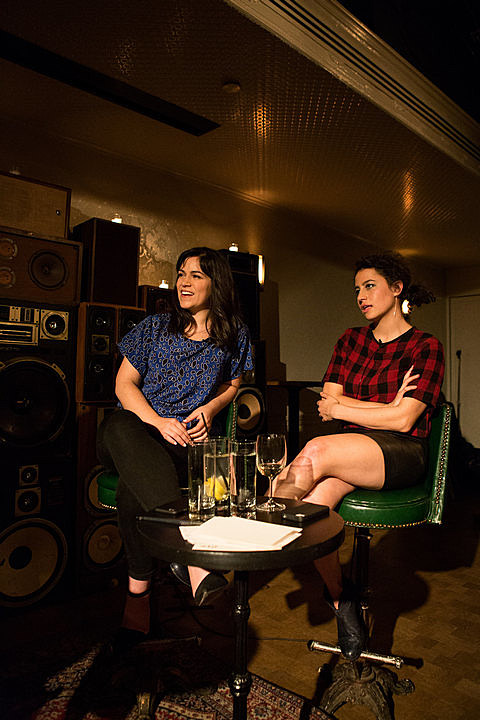 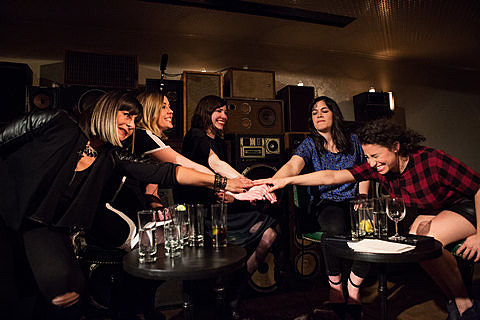 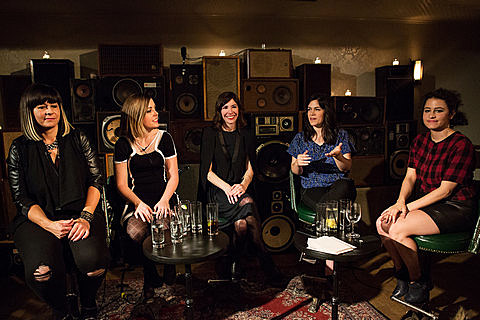