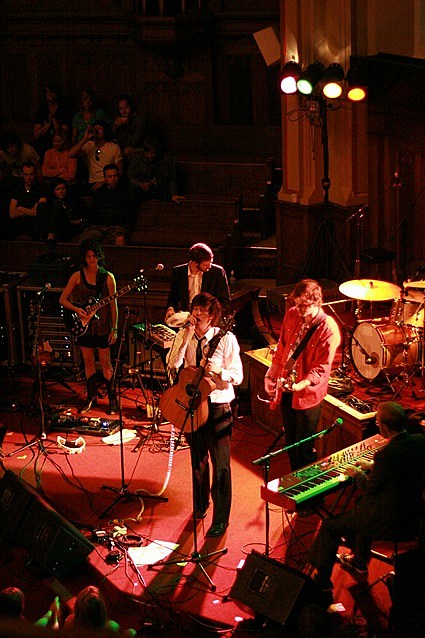 Unlike Wednesday night's Grizzly Bear show, very few people left their seats during the changeover. Okkervil River took the stage to deafening applause and immediately played "The President's Dead" and "A Hand To Take Hold Of The Scene," a pair of rockers that got the crowd going.

Decked out in a black and white suit and glasses, singer/guitarist Will Sheff paused briefly after the third tune to address the audience.

Okkervil River are touring in the fall. Tickets are already on sale for a NYC show at Webster Hall.

Langhorne Slim has a concert streaming at NPR. Elliott Brood is the name of a three piece band from Toronto. The rest of the pictures are below.... 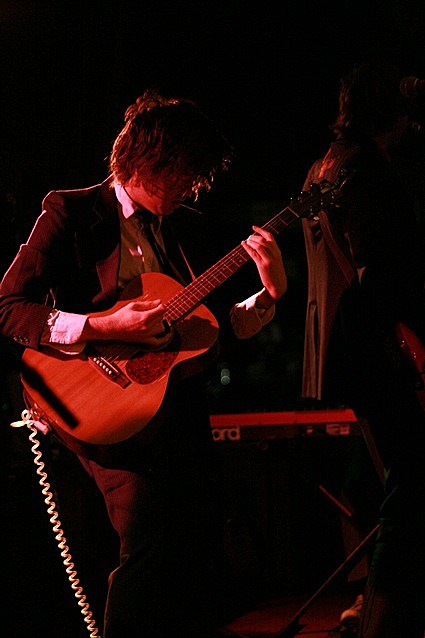 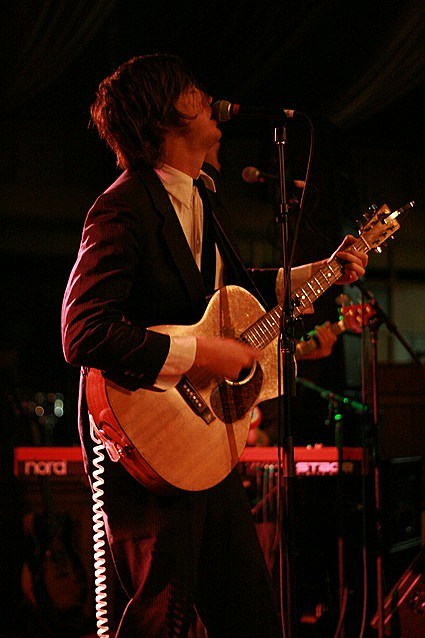 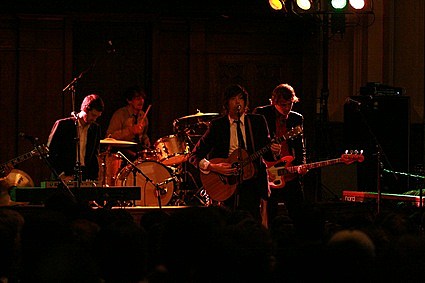 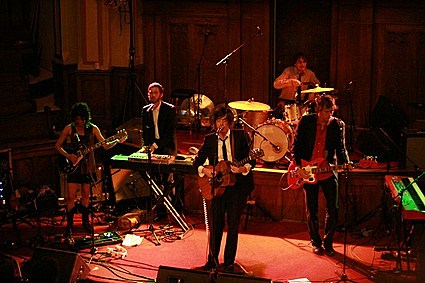 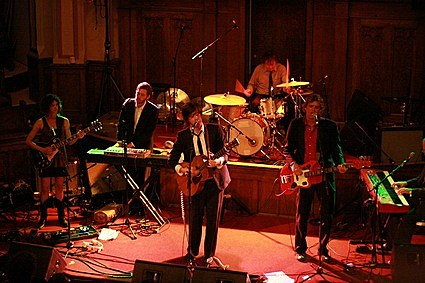 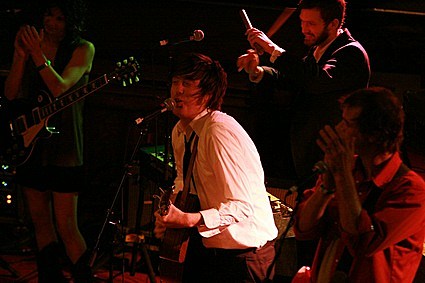 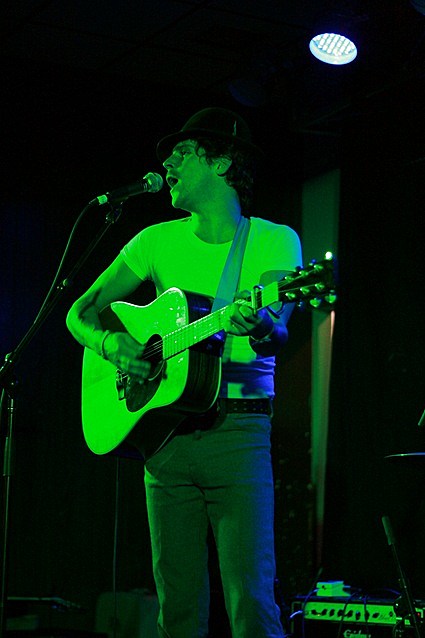 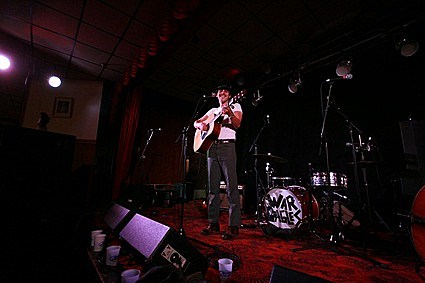 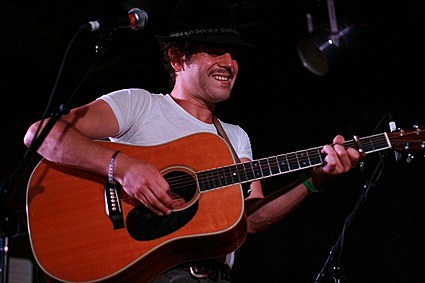 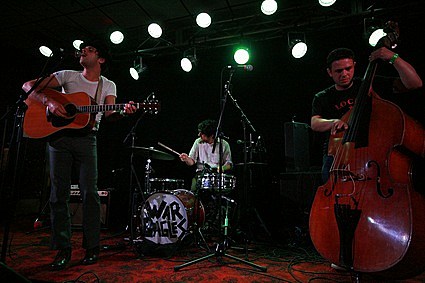 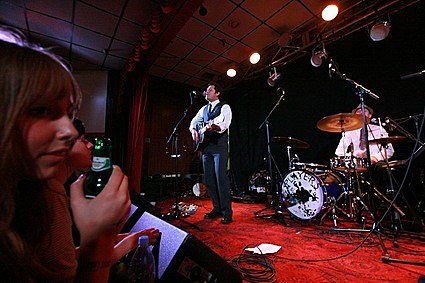 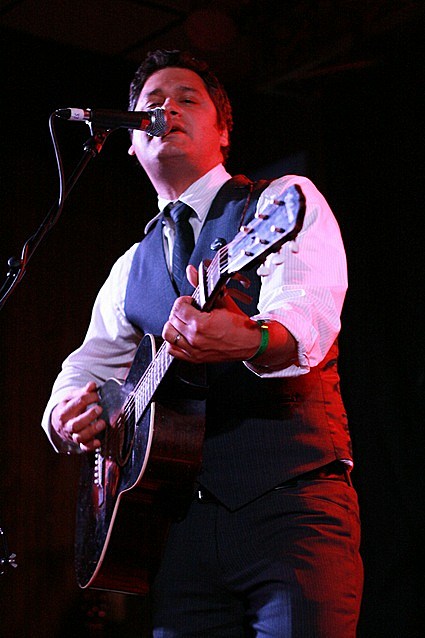 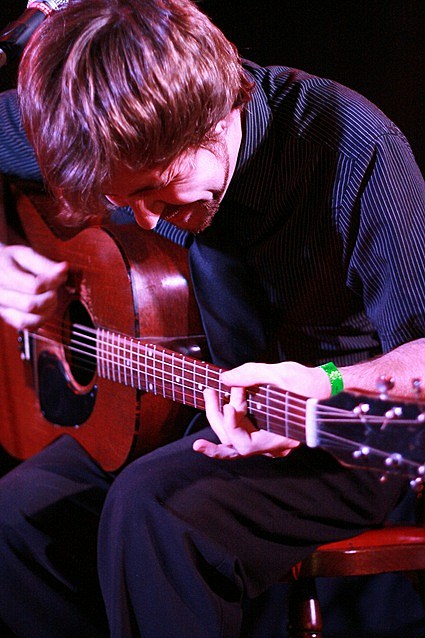 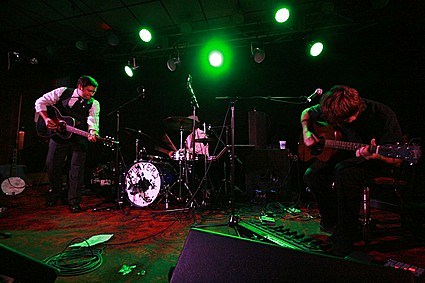 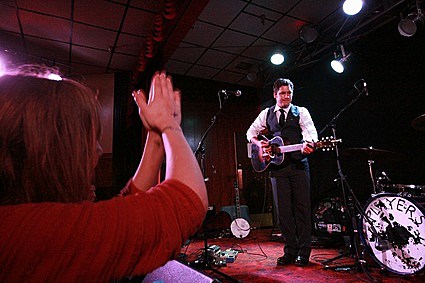 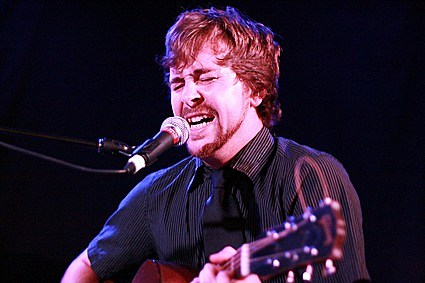 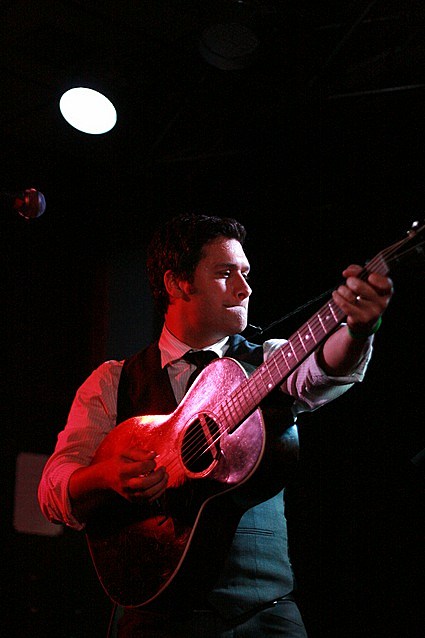