a shot from Sled Island 2008 (more by Rae Holtsabum) 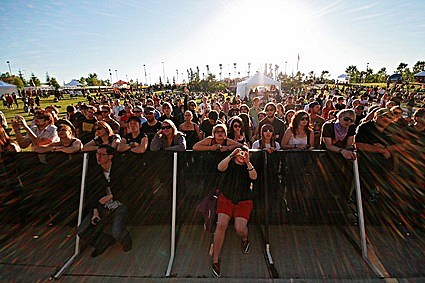 The Sled Island Music and Arts Festival -- taking place at various venues in Calgary, Alberta from June 24 to June 27 -- is pleased to announce the initial line-up and the inclusion of Olympic Plaza as the main venue on Friday, June 26. This year will include over 200 bands performing at 23 venues plus art shows, film screenings, and a comedy component at the Sled Island Music and Arts Festival.

Festival passes are on sale now.

As previously reported, Colin Newman, vocalist and guitarist for Wire, will be guest curating this year's festival. Full lineup below...