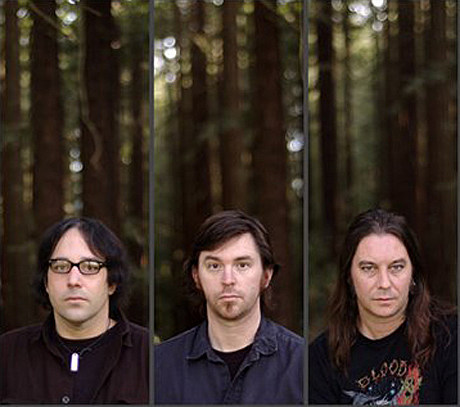 The rumors are true. After initially reuniting for a "final show" at ATP The Fans Strike Back, followed by an announcement that the band would appear at ATP NY, Sleep is BACK with a vengeance! What's more? BrooklynVegan and Osiris will present the return of the gods of stoner doom, Sleep, at Brooklyn Masonic Temple on Sept 8th. Tickets are on sale now.

The NYC show is part of a string of dates for the band, who will return to the road (!) with an appearance at ATP NY, alongside Iggy & The Stooges, Sonic Youth, sunn o)))/Boris, and many esteemed others. They'll be performing their Holy Mountain album as well as "selections from Dopesmoker and more".

Lichens, who toured with Om in 2009 will open the show at Masonic Temple, and the gig Sleep are playing the next day at Chicago's Logan Square Auditorium. In Portland Sleep will play as part of Music Fest NW.

Sleep 2010 is looking a bit different from Sleep 2009, as Chris Hakius has definitely thrown in the towel and will be replaced by Neurosis bruiser Jason Roeder behind the kit. Full tour dates and some videos from the 2009 show, below...