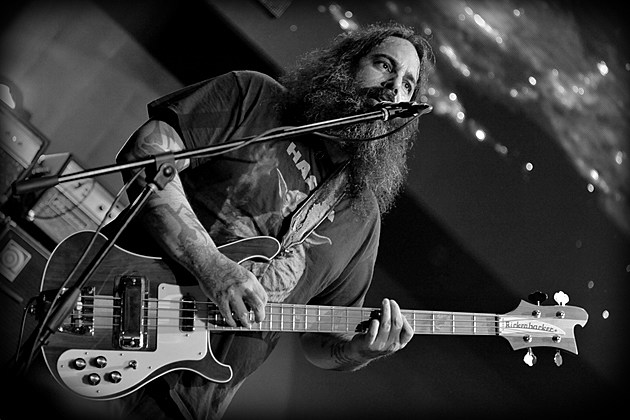 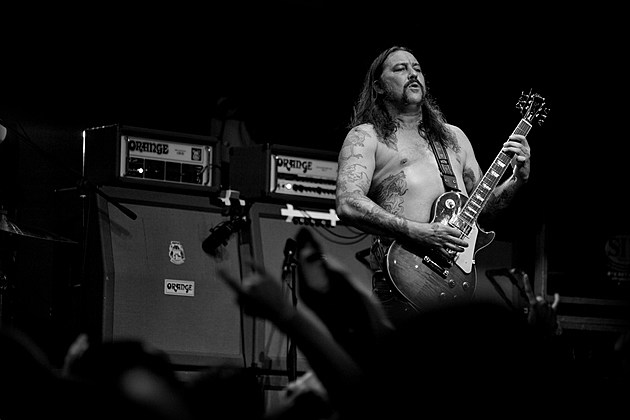 Soon after releasing their first new music in 20 years, stoner-doom icons Sleep took their tour to NYC this past weekend, playing Stage 48 on August 25 with support from Holy Suns (the first Bowery Presents show at the Manhattan venue). Pictures of the show are in this post.

Holy Sons, a project of Al Cisneros's OM bandmate Emil Amos, kicked things off at the neon-lit Stage 48. With a large crowd already packing in to the generous space, Amos ran through a bunch of gloomily melodic material that the project is known for, with a lineup that was making its live debut adding heft to the few songs from earlier in his career that he played. The set was mostly made up of new, heavier material from the band. The effect was chunky while still maintaining the hypnotizing quality of the Holy Sons brand. It was a strong set, but by the end you could feel the crowd basically shaking in anticipation of Sleep.

Flanked by cosmic graphics on the many-layered onstage screens, Sleep proceeded to generally melt the crowd down for an hour and a half. I've seen both High on Fire and Om live multiple times, but nothing compares to seeing one of the best guitar/bass combo this side of Butler and Iommi hitting the stage together. Musical ubuntu this beautiful simply doesn't come about very often, and with the addition of Neurosis's Jason Roeder on drums, this current incarnation of Sleep has every bit of the brutality and loose-limbed grooviness that one could hope for. It's a treat to hear metal that's jammy and done this well, where the pleasure comes from a place of pure instrumental interplay rather than ornate composition. Pike and Cisneros are in such perfect sync that you could listen (and probably have listened) to them playing the same riff for multiple hours, such is their command of dynamics.

Sleep ripped through classics like "Sonic Titan" "Aquarian," and "The Druid," without breaking the mood by way of speech. Cisneros, who is currently heavily bearded, was a picture of controlled fury, his head bobbing and gazing upward as he played with the lightest possible touch up on the neck of his Rickenbacker. Pike tones down High On Fire's headbanging antics, clearly enjoying the chance to cut loose on the simpler tones that Sleep offers. Stage 48 might not be as grimy (or smoky) as one would like at a Sleep show, but the sound is pristine, and this band is a tone monster. The moments when Pike stops playing chords for one of his trademark ripping solos, and Cisneros moves his right hand from the neck down to the bridge and just starts to shred, are some of the most truly awesome things I've ever had the pleasure of catching live. The band closed with an extended version of their new song "The Clarity" bleeding into "Cultivator" and it fit in seamlessly with the proceedings. Om and High on Fire have kept them fresh, and Sleep haven't missed a beat.

Om are touring soon too, and Holy Sons play a record release show in September.

More pictures from Stage 48 below... 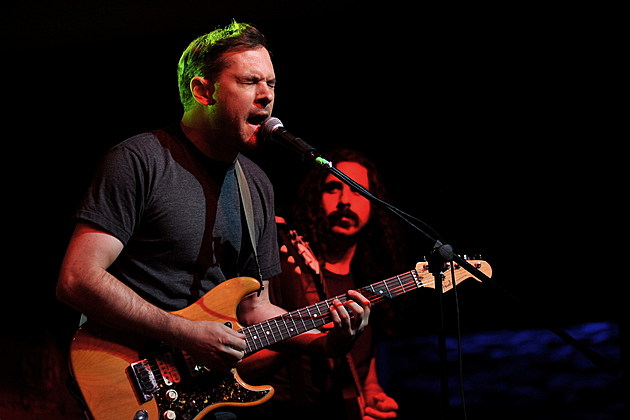 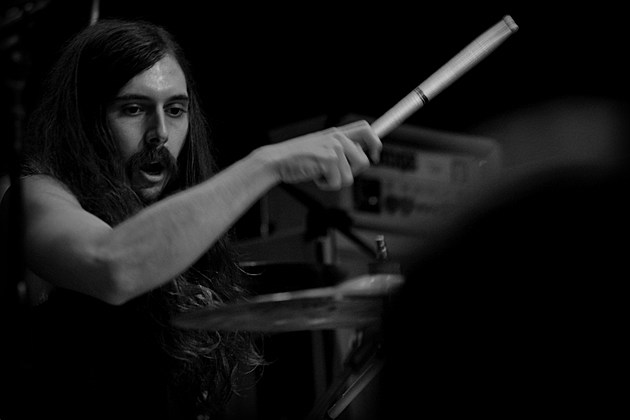 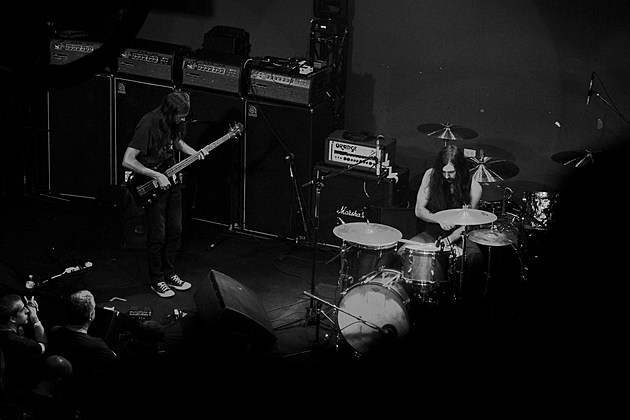 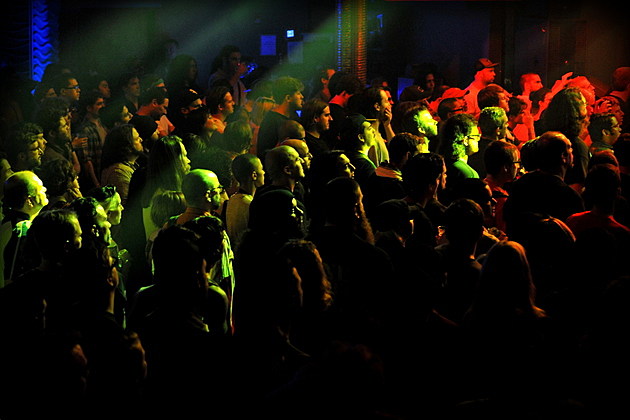 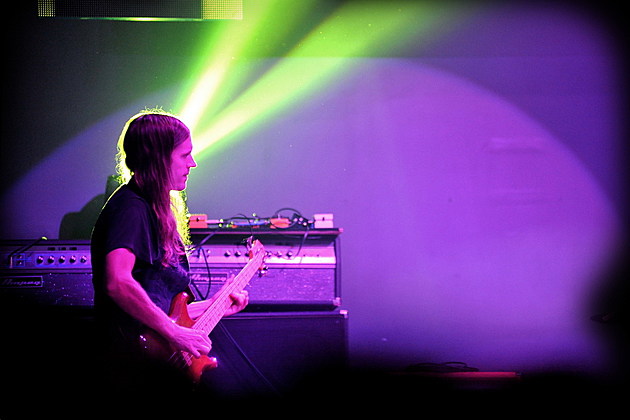 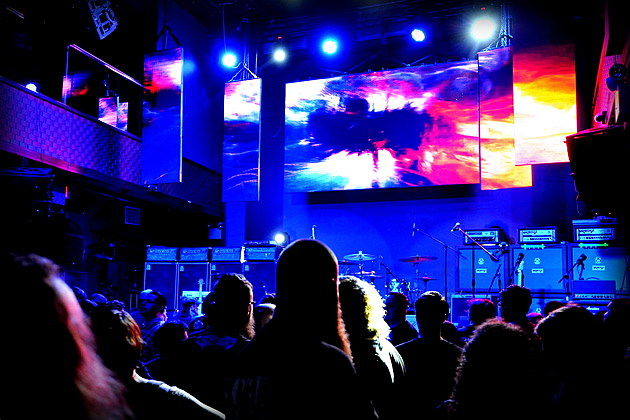 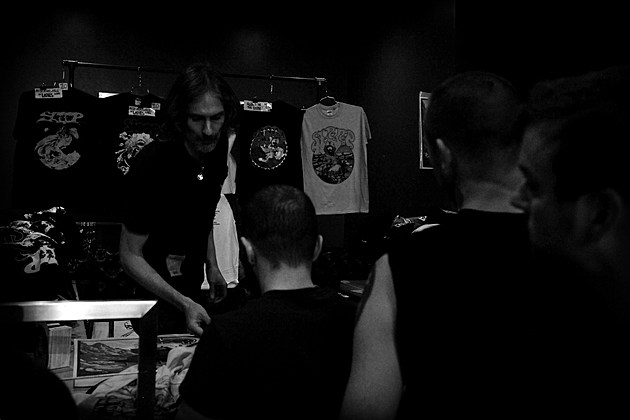 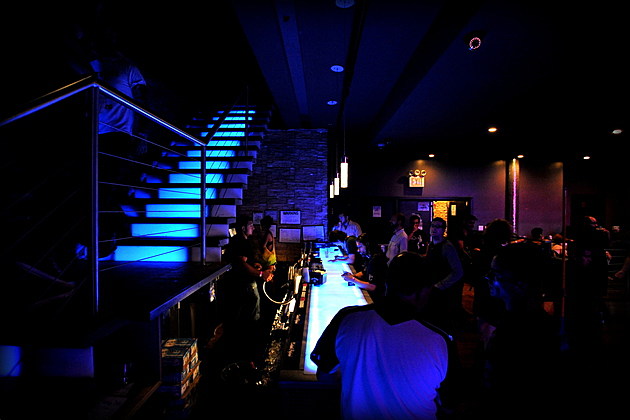 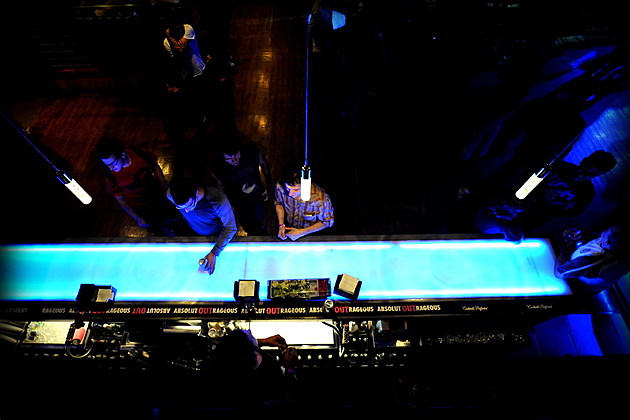 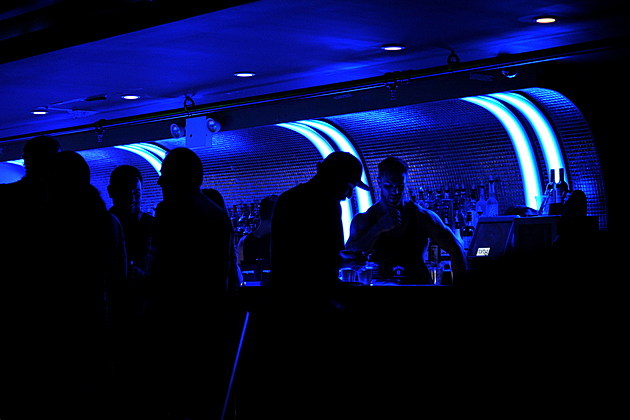 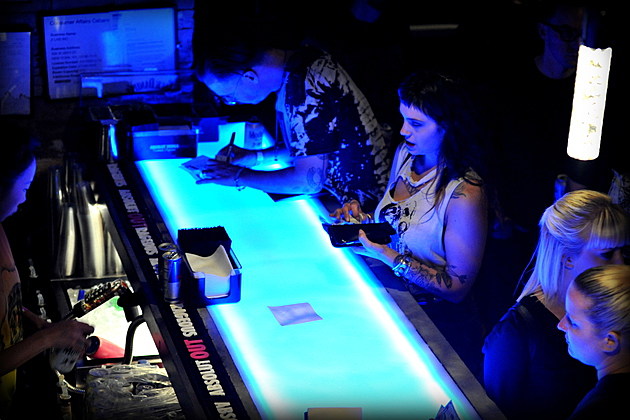 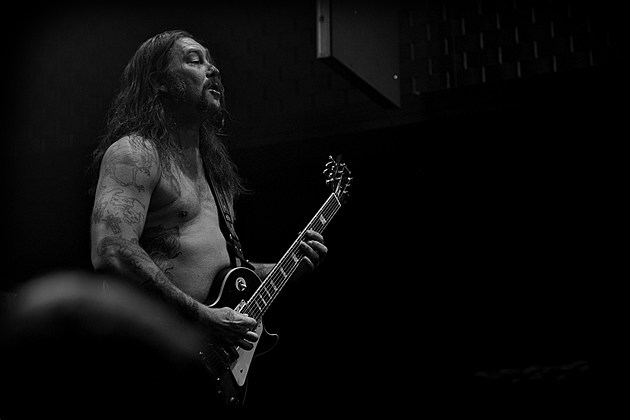 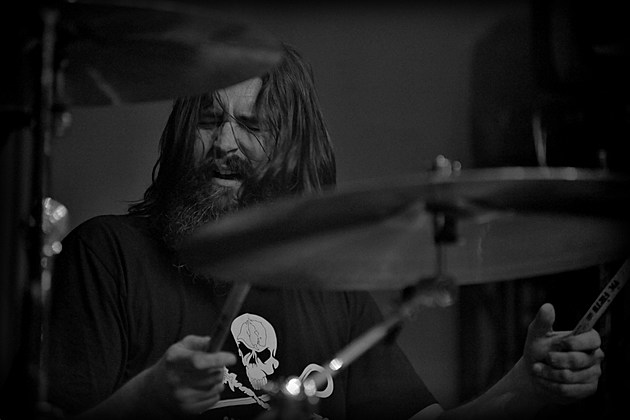 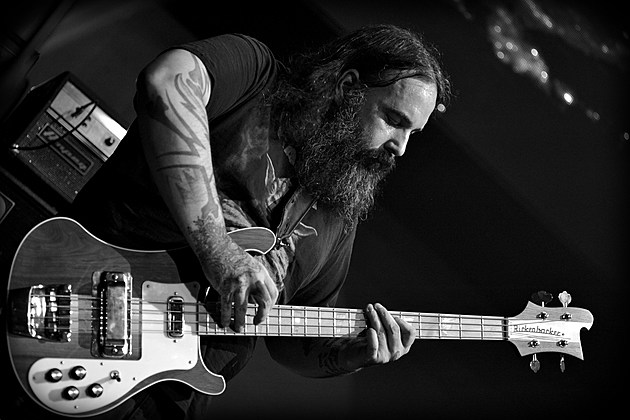 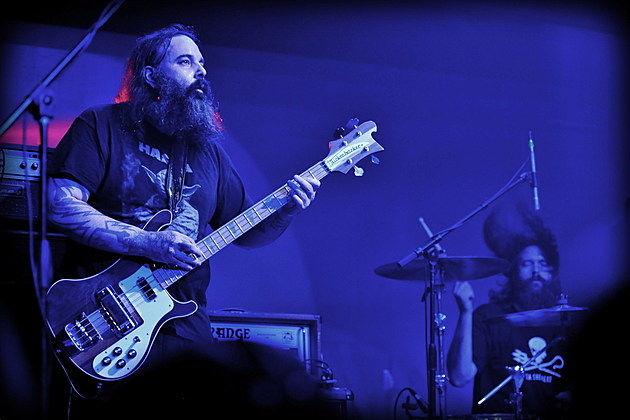 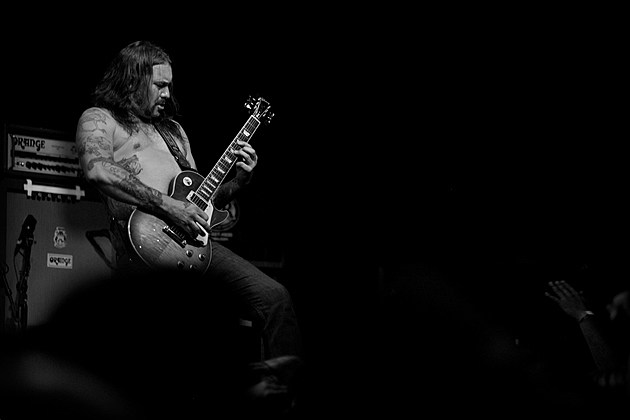 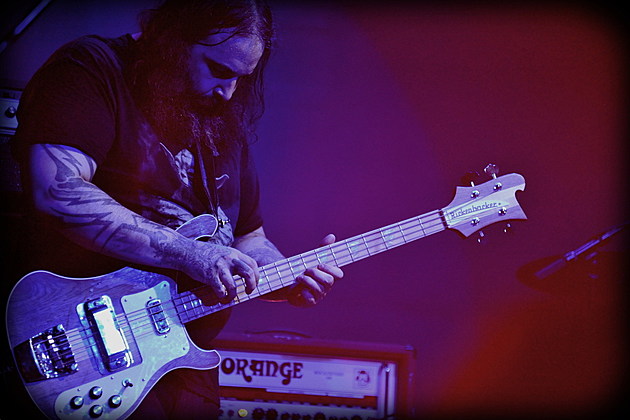 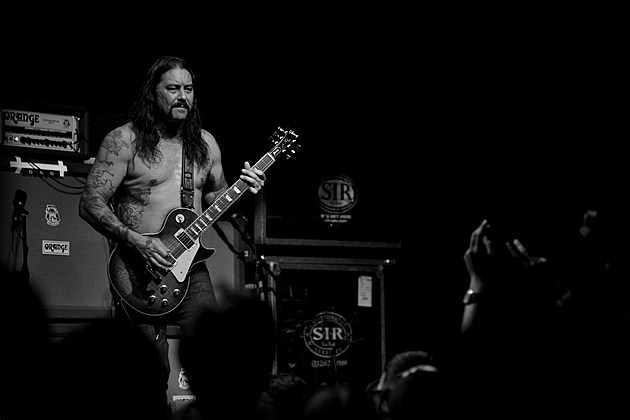 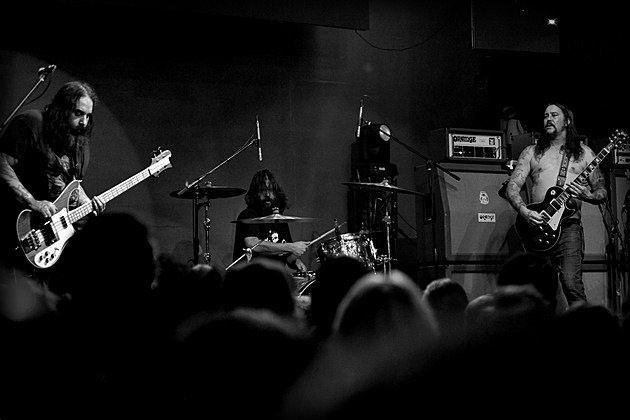 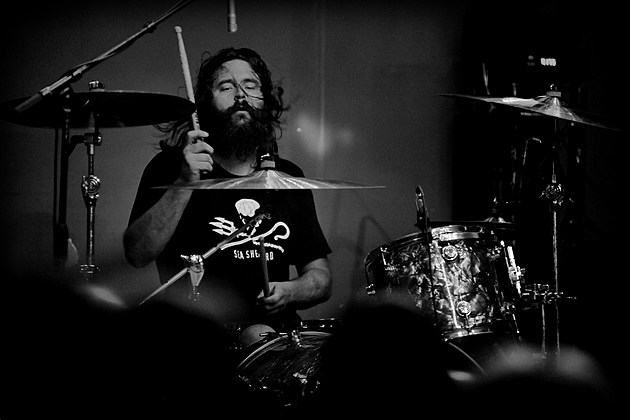 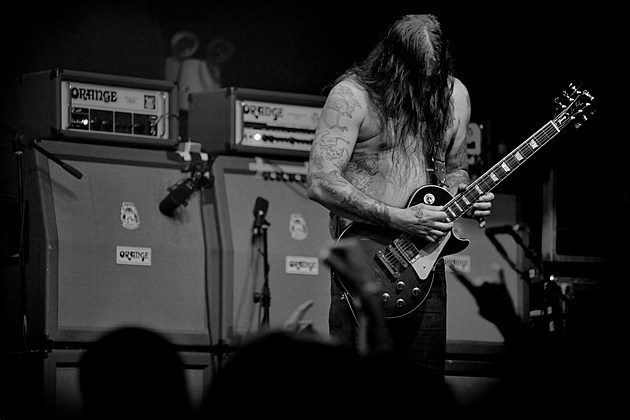 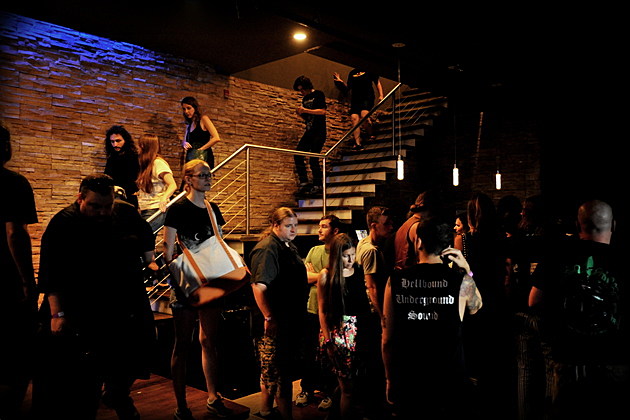 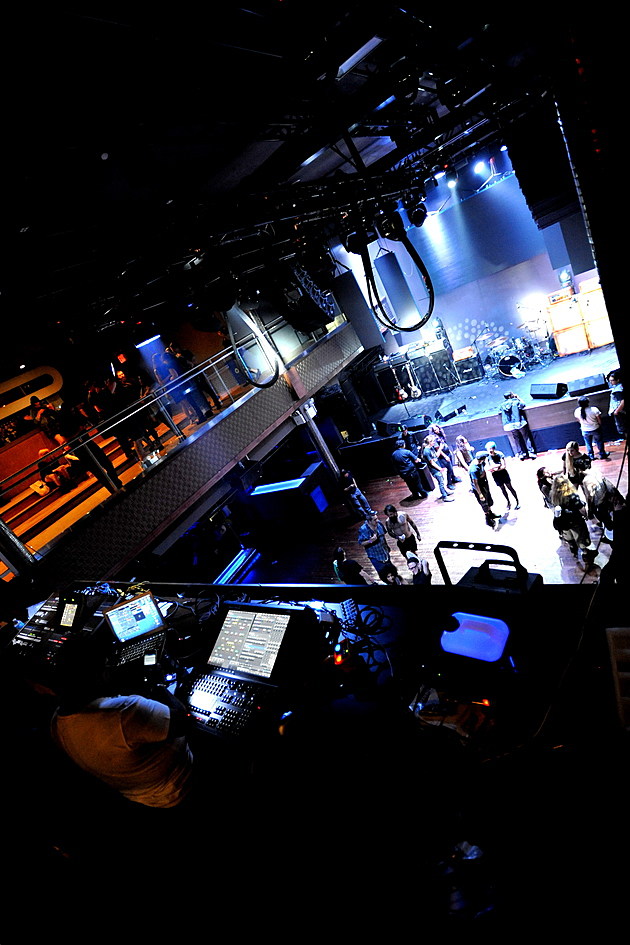 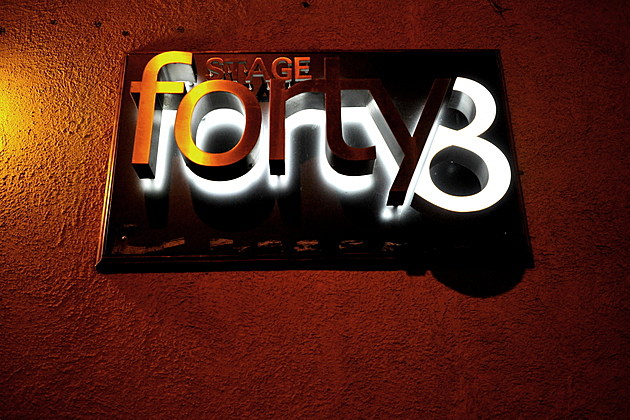