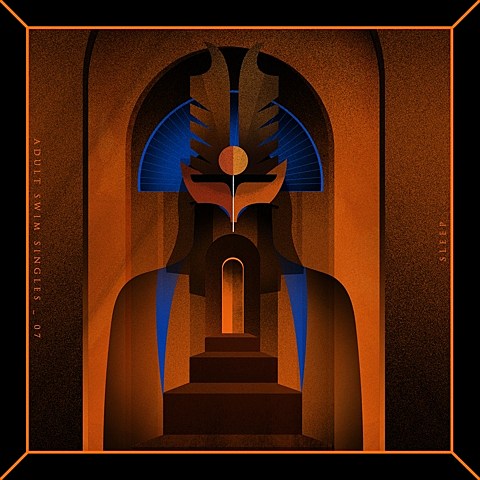 A lot has changed since Sleep split. California voted in "medical" marijuana ("medical" meaning, 'I asked and had $40 on me for a license') the same year they recorded what would become their swansong, Jerusalem/Dopesmoker. Two states have even legalized the green. Matt Pike has gone on to rule the riff with High on Fire. Al Cisneros has explored the inner workings of the mind with Om. Jason Roeder from Neurosis hopped aboard to fill Chris Hakius's vacated drum stool. All of this is to say that Sleep could've changed. But as new single "The Clarity" makes, uh, clear, Sleep are still Sleep.

"The Clarity" will be available for free download from Adult Swims' Singles series on July 21, but it premiered on NPR's Viking's Choice today. It has that familiar rhythmic rise and fall to it and it's as heavy/hypnotic as you'd expect, luxuriating in the verdant depth of Pike's and Cisneros's tone. Sleep also seem to be in good spirits, offering Lars Gotrich a tongue in cheek Q&A:

NPR: I couldn't help but notice the in this new song. Is "The Clarity" a lyrical follow-up to Dopesmoker?

Sleep: "The Clarity" is a lyrical follow-up to a lifetime of marijuana enjoyment.

Sleep will be going on tour this August, including a stop at NYC's Stage 48 on August 25.

Check out "The Clarity" below...