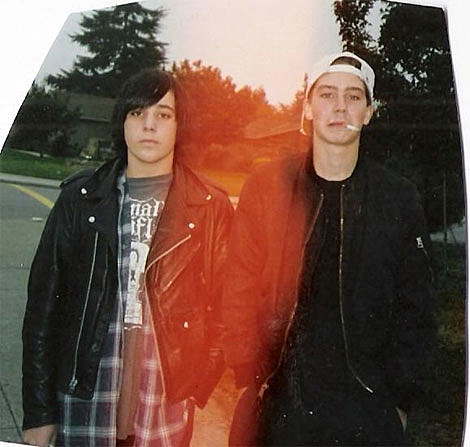 From our interview with Om at ATP:

BV: If you got a call from Matt Pike and Chris [Hakius] today to reunite for a show or two, would you be into reforming Sleep?

That interview was conducted 42 days ago. Today comes word that, Al Cisneros DID indeed get a call and WILL reform doom titans Sleep to perform their classic mid-90s touchstone, Holy Mountain as well as "highlights from Dopesmoker and more"! Al Cisneros (Om, Shrinebuilder). Matt Pike (High On Fire, Kalas). Chris Hakius (ex-Om). Together.

Sleep will share the stage with Devo, Spiritualized, and Grails at ATP UK's The Fans Strike Back in Minehead on May 8th-10th, 2009, playing two nights which will be a "world exclusive that will never be repeated". DAMMMIT! Ugh. Anyway, what does "The Fans Strike Back" mean?

For this festival we are reviving something we did in 2007; asking the people that come to the festival to decide who plays! So half of the lineup is chosen by us (ATP) and the other half by you. Everyone that buys a ticket will get a chance to vote for 10 acts they would like to appear at the festival, and we will be compiling charts of the results and approaching acts to see if they are available to play the festival...

Voting will commence in just over 2 weeks on Monday 17th November.

In other ridiculously-awesome-American-doom-bands-that-are-not-reuniting-in-America-news, Al Cisneros's Shrinebuilder bandmate Wino is getting Saint Vitus back together at Roadburn.

Also Om related: Grails have a show coming up at Union Pool and another with Flower Travellin' Band.

Om is currently touring Europe. Tour dates and some videos are below...

Sleep - An ENTIRE LIVE SET from 1994, while on tour with Hawkwind