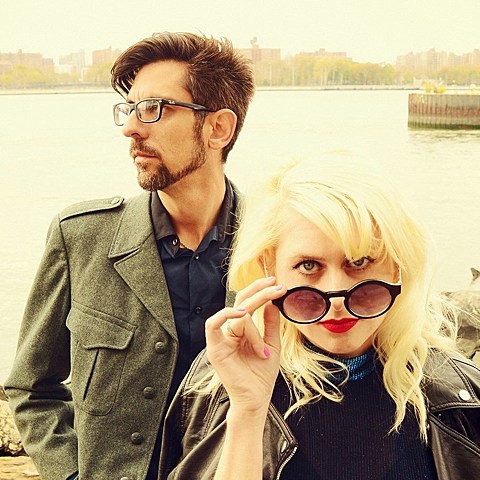 Sleepy Kitty, the duo of Paige Brubeck and former Harvey Danger drummer Evan Sult, released their sophomore album Projection Room earlier this year. After putting out a video for its track "Don't You Start" in August, they've now returned with another video for "Hold Yr Ground," both of which you can watch below.

The band have a couple shows coming up, including one in NYC TONIGHT (9/30) at Pianos with The Liza Colby Sound, The Prettiots, Fiona Silver and Alice Limoges. Tickets for tonight's show are available.

Their only other date announced at the moment is in Chicago on Mischief Night. Full tour schedule, with those videos, below...