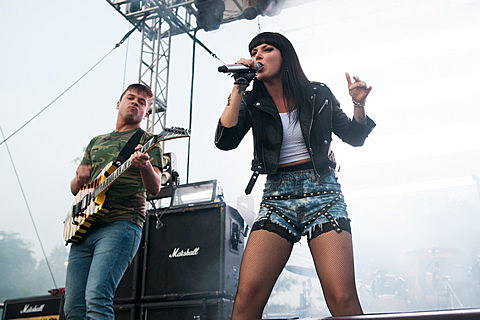 Sleigh Bells have been added to Run the Jewels and Vince Staples' Northside Fest show at 50 Kent on June 14. Tickets are still available. 50 Kent's shows for 2015 are being called "Brooklyn Live at the Inlet" as the location is part of Bushwick Inlet Park. Shows there include Northside Fest shows with Neko Case and Rhye on June 12 (tickets), and Best Coast, Built to Spill, Alvvays and Bully on June 13 (tickets).

Other shows happening as part of Brooklyn Live: Common's show on July 11 as part of the Brooklyn Hip Hop Festival (tickets), and a hip hop/EDM event called "The Greatest Day Ever" on July 18 (details TBA but tickets on sale). Dance club Verboten, which is a few blocks from 50 Kent, will be throwing parties on July 3, August 23 and September 19, details TBA.