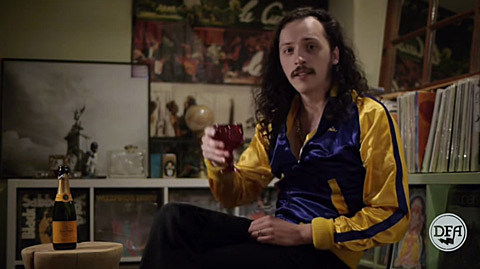 Slim Twig's new album, Thank You For Stickin' With Twig, was released today on DFA. The Toronto singer is an interesting guy, and is really making music that doesn't sound like anything else in 2015, sounding like a lost radio broadcast from 1975 where Scott 4, The Slider and Warrior On The Edge Of Time were all being played at the same time at the wrong speed. (That's not a bad thing.) It's a cool, weird album and you can stream it in full, complete with lyrics and side introductions by Twig himself, below.

You can catch Slim Twig on tour this fall, including West Coast dates with Jack Name and he'll be in NYC in October for CMJ. Stay tuned for details on CMJ shows but all dates are listed below...