photo: Slingshot Dakota at Aviv in 2015 (more by Mimi Hong) 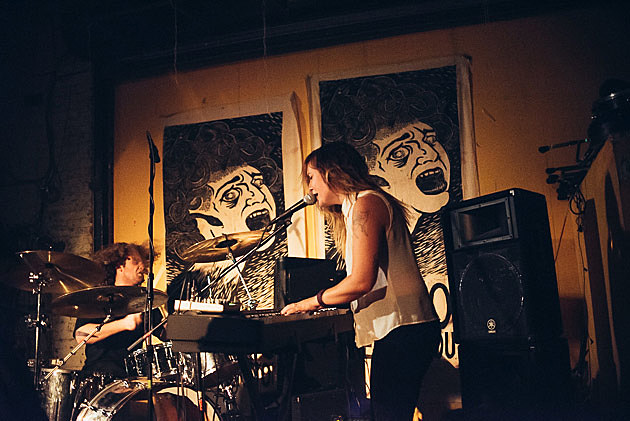 Pennsylvania piano-driven indie pop band Slingshot Dakota are releasing a new album called Break, their first album since 2012's Dark Hearts. It's out via Topshelf on March 11, and they've shared the first song which is called "Paycheck." It's a fuzzier, more groove-oriented track for the duo. It's also extremely catchy. You can stream it below.

Slingshot Dakota are also heading out on tour, which will include a stop in NYC at Aviv on April 1. Tickets will be available soon via ticketfly.

Stream "Paycheck" and check out all tour dates below...