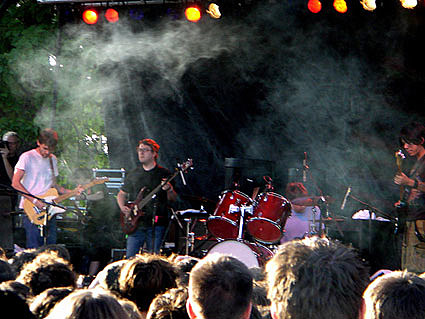 The performance of Spiderland was perfect. Every build up, every release was exactly how it was recorded seventeen years ago, but now it was immediate and on the stage in front of me. Although it was hard to finally put a face to the voice that whispers “I’m trying to find my way back home,” it was quite the way to open the festival. However, after they finished the last notes of “Good Morning Captain,” they slipped into what I am assuming is a new song that I wish had ended as soon as it began. [Perpetual Nervousness]