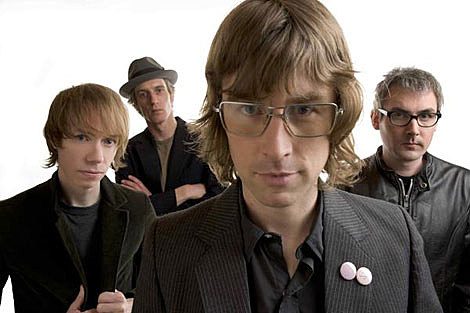 Canadian rock stalwarts Sloan play the Bell House in Brooklyn on December 4 and tickets are on sale today at noon. The band seem to be embracing the loosey-goosey nature of the new world of self-released records and digital downloads. A new EP is due any minute, with the lead track being a free download via the band's website. Here's a recent missive from the band: 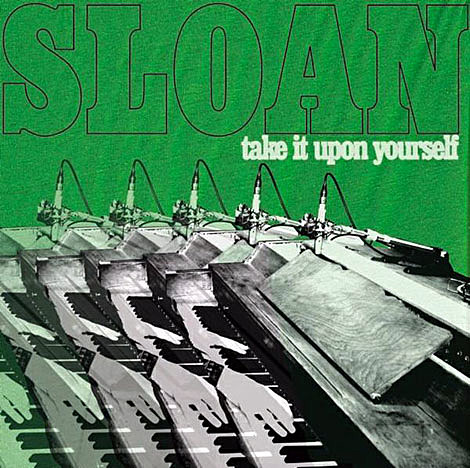 Sloan have been busy in their studio putting the finishing touches on some new songs and rehearsing for fall touring.

As reported earlier, Chris Murphy was injured in a hit and run incident in late July. He needed shoulder surgery to repair some of the bone damage, and the band were forced to cancel some summer shows. We are happy to report that Chris is recovering well and will be ready to perform as usual on our fall and winter dates.

We would like to thank our friends Kevin Hilliard (Galore, Small Sins, MRCH) and Taylor Knox (Major Grange, Golden Dogs) for rounding out the lineup on the few shows we have been able to play through Chris' recovery. We'd also like to acknowledge the efforts of our own esteemed colleague Gregory Macdonald who redoubled his efforts on these shows taking shifts on piano, bass, drums, vocals and percussion. Finally, Chris would like to thank all of the friends and fans for their kindness and support through this difficult time.

Sloan are looking forward to resuming their touring schedule on the release of their new EP. While there are only a couple of shows listed in the calendar right now, we are on the verge of confirming a bunch of dates which will hopefully bring Sloan to a city near you.

Glad to hear Mr. Murphy is okay. His song "Take It Upon Yourself" is the downloadable track from the new EP, which you can get by giving your email address to the band. (You can do it via a widget at the bottom of this post if you like.") It's a Chris Murphy-penned number, recalling classic late-'90s Sloan, and is, in my opinion, one of their strongest singles in a long time. I wouldn't be surprised if more U.S. tour dates turn up soon. Currently known dates are below...