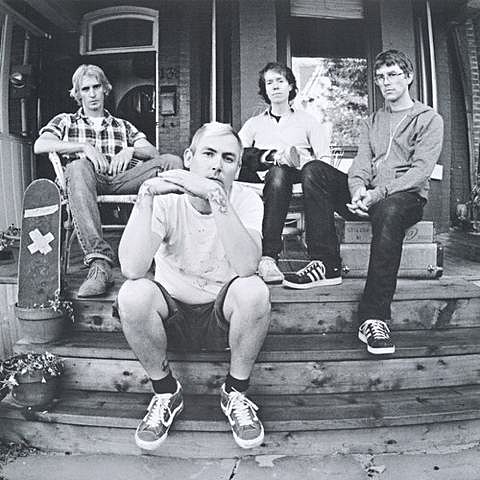 Sloan, who celebrated Twice Removed last year, have a new 7" out today that celebrates the band's hardcore upbringing. The two loud-fast songs -- one by Chris Murphy, one by Patrick Pentland -- can be streamed below. It's being released at noon today as a limited edition package that also includes a digital-only covers album featuring tracks originally by Minor Threat (whose promo pic is paid homage to on the cover, above), Circle Jerks, the Nils, 7 Seconds and more (tracklist below), plus a t-shirt showing what Sloan might've looked like if they'd been a band in 1985. There's only 500 copies of the 7" being pressed and you can order from their website.

In addition to the single stream, there's also video of Murphy and Pentland talking about the project below. 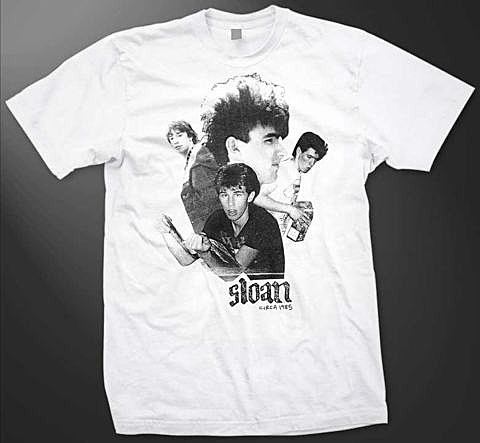