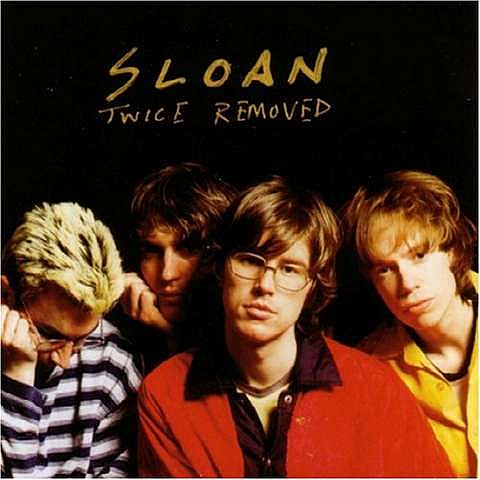 Over the past 21 years, Chris [Murphy] and I have had a sort-of-unspoken race to see who can amass the most posters, magazines, articles, photos, promotional material, ads, demos, and kitchen sinks related to Sloan. It's still to this day an ongoing chase to fill the vault. Occasionally, we ask ourselves: what on earth do we do (other than bask in the narcissistic glow of it all) with this material we've collected?

Well the time has finally come to put all that diligent preservation to use. For a while now, fans have been inquiring about us reissuing our older LPs on vinyl, most unavailable since the ye olde 1990's. So we thought, instead of just releasing the LPs as they were, and since we have so much extra recorded and visual material for each album, why not do it up in style and try to make expanded deluxe editions of individual LPs. Because 1994's Twice Removed has alternately been called our 'finest' album (hmmm..), our 'underdog' record (perhaps), or the best Canadian LP of all time by certain publications (now there's a healthy debate, Joni!), we thought this LP would be a good place to start. - Sloan's Jay Ferguson

Canadian rock royalty Sloan are releasing a deluxe edition of their 1994 second album, Twice Removed, on September 4 and will be playing the album in full on tour this fall. That tour was expanded and now includes two NYC-area dates: Maxwell's on October 10 and Music Hall of Williamsburg on October 15, which is about a month after the first leg ends. Tickets to the Maxwell's show go on sale Wednesday (8/15) at noon; and Tickets for that show go on sale Friday, August 17 at noon with an AmEx presale starting Wednesday at noon. If this tour isn't hitting where you live, it may be: "We are working on more Twice Removed 2012 dates in the Eastern USA and Canada through October and November, with more to announce soon!" All dates are at the bottom of this post.

As for the deluxe edition of Twice Removed, it's a three-disc vinly box set and will be out September 4 and you can pre-order it now. There's a lot of cool extras and here's Jay Ferguson with the deets:

Included in this deluxe vinyl box set will be Twice Removed on LP, a 'mirror' record made up entirely of demo recordings of the songs from Twice Removed (ready for Andrew's icy acoustic and synth version of "People Of The Sky"?...or Chris singing "Before I Do" with entirely different lyrics? ...don't worry, you'll be able to read along) and a third LP of demo recordings of songs that didn't make the cut (check out "Guidance Counselor".. I'm surprised it never made it to an album eventually...and a radically different "Ill Placed Trust," 12 years before it finally appeared on 2006's Never Hear The End Of It).

As well, there's a 7" vinyl single containing a version of "I Hate My Generation" with Chris handling all the singing (where was I?) and an extended Velvet Underground-style outro. On the flip side, a snapshot-into-the-process alternate demo of "I Can Feel It" with completely different chords.

Also included is a recreation of the letter that inspired lead off track "Penpals". Yet, the piece-de-resistance is the 32 page 12"x 12" booklet with recollections from all 4 of us regarding the era, making and touring the LP, the songs and the aftermath. This booklet provided the perfect canvas for us to show off all those behind-the-scenes photos (thanks Catherine), posters, alternate artwork and ephemera that have been sitting dormant, waiting to see the light of day since 1994. Oh!..as well, 40 random box sets are also going to contain an original Canadian 1994 tour poster that appears in the book, straight from Murphy's archive and into your hands. Golden!

Videos from Twice Removed plus a video about the box set, a recent performance of "Penpals" from a CBC kids show and a Spotify stream of album are below, along with a list of all tour dates.

"People of the Sky" 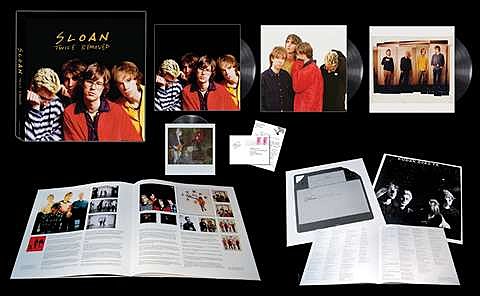