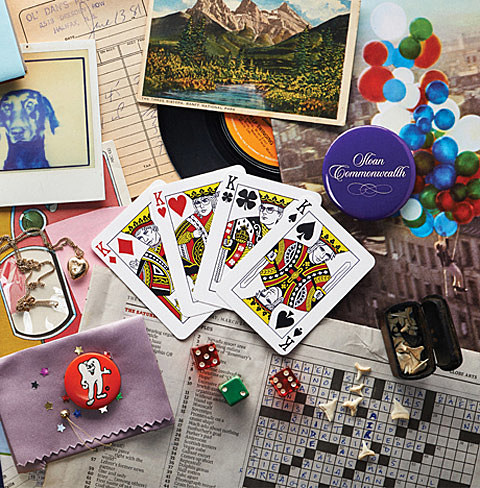 Sloan will release their 11th album, Commonwealth, on September 7 via YepRoc. That's the cover art above. While all four members of the band have always contributed songs, the new one gives each member a side of a double-LP to do what they want. In the case of drummer Andrew Scott that means the nearly 18-minute "Forty Eight Portraits" song suite, complete with a children's chorus and a reworking of "Delivering Maybes" (from their 1999 LP, Between the Bridges). Your first taste of the album, though, comes from Patrick Pentland's "Shamrock" side (the album is playing-card themed) with a '70s style rocker titled, "Keep Swinging (Downtown)." For those who love "Money City Maniacs," this one will appeal to you.

The band haven't toured since the Twice Removed anniversary tour two years ago, but promise to be out on the road this fall. Meanwhile, tracklist for Commonwealth and new song stream are below.