Slow Club at Europa in 2010 (more by Jessica Amaya) 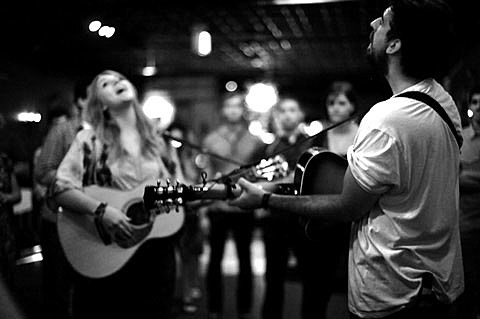 UK duo Slow Club released Paradise late last year (available at eMusic), and played a few US shows in support of it. Now they're returning to North America for a full tour with Air Waves, which hits NYC on February 16 at The Bell House. Tickets are on sale now. All tour dates are listed below.

Meanwhile catch Air Waves TONIGHT (1/13) at Death By Audio with Soft Healer and Juan Wauters. The show is a benefit for Esme Barrera.

Check out the most video from the album, "If We're Still Alive," which came out late last year, along with all tour dates, below...