BV Chicago contributors Jamie Ludwig and Carmelo Espanola were on the scene in Chicago at Reggie's on 2/3 to take in the ongoing Slow Southern Steel/Hail! Hornet tour. The tour hits NYC at Europa TONIGHT (2/8) and tickets are still available. -BBG 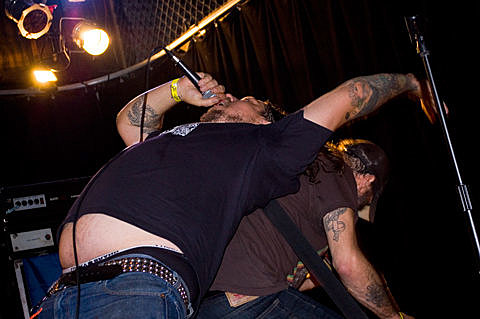 An enthusiastic crowd gathered at Reggie's Rock Club in Chicago on Friday night (2/3) for a rare appearance of Southern metal super-group Hail! Hornet, with Atlanta psychedelic-sludge trio Zoroaster, and the Chicago premiere of the Slow Southern Steel, a documentary exploring the heaviest bands throughout the South [ED: it premiered in NYC last year].

Directed by Chris Terry (CT, front man for Little Rock, Arkansas-based Rwake) and David Lipke, and produced by Karim Kahn of I Am Better Than Everyone Records, Slow Southern Steel has been drawing attention among heavy music fans since production began in 2009. The devil horns that flew as the house lights went down and the opening credits started to roll seemed telling that many in the sizable audience had been awaiting the screening for quite some time.

Slow Southern Steel proved itself to be a smart, thoughtful film that sheds light on how regional culture and common experiences continue to shape art even in a time where the spread of technology and the homogenization / strip mall-ization of the American landscape can appear to render those factors invalid. Told exclusively through the musicians' perspectives and featuring interviews and concert footage from over 40 bands including Hank III, Kylesa, Eyehategod, Alabama Thunderpussy, Torche, Dark Castle, Sourvein, Music Hates You, and Weedeater, Slow Southern Steel is a testimony to the longevity, power, and rich diversity of sounds of an under-recognized genre. For the uninitiated, it provides an honest and compelling look into a music community where good riffs matter more than what you wear or how many records you've sold.

The film left the audience primed for a show, and thankfully the night was only just beginning. Zoroaster took to the stage in a haze of smoke and laser lights, visually matching the moody atmospherics of its dark, groove-laden metal. A slight muddiness that plagued the beginning the set was soon remedied, leaving guitarist/vocalist Will Fiore's winding, experimental guitar solos to soar over the rumble of Mike Morris' bass and Dan Scanlon's unwavering drum beat. The effect was heavy enough for the vibrations to resonate off the floor.

Hail! Hornet, comprised of vocalist T-Roy Medlin (Sourvein, Buzzov*en), drummer Erik Larson (Alabama Thunderpussy), guitarist Vince Burke (Beaten Back to Pure), and bassist / Slow Southern Steel narrator "Dixie" Dave Collins (also of Weedeater, Buzzov*en) capped off the night with a set of raunchy, fuel-guzzling metal. The same crowd that only an hour ago had sat so peacefully through a feature-length film combusted into a volatile pit, as if everything up to this point in the evening had just been foreplay before getting down to business.

Although this tour is Hail! Hornet's first as a unit, you wouldn't know it from watching. With the grace of a chainsaw the band barreled through songs from their second and latest record Disperse the Curse (Relapse) as well as a few tracks from their debut eponymous album. Chaos reigned as Medlin cooed from the stage, "I wanna see you fucking miserable in the morning." It's a guarantee that many of Friday's concertgoers weren't so chipper come Saturday, but it's doubtful that after such a celebratory night out anyone really cared.

The tour arrives in NYC tonight (2/8). More pictures from Chicago below... 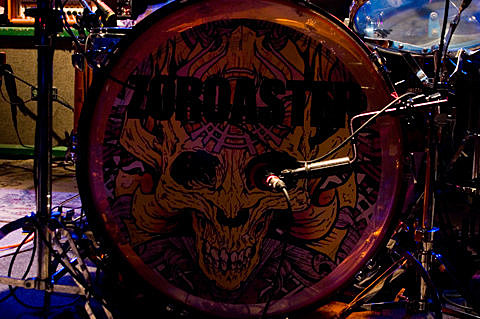 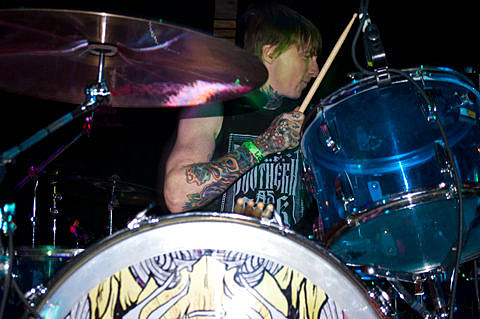 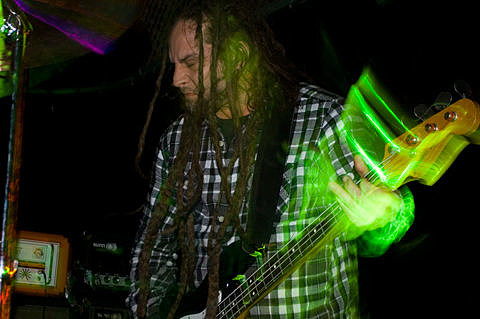 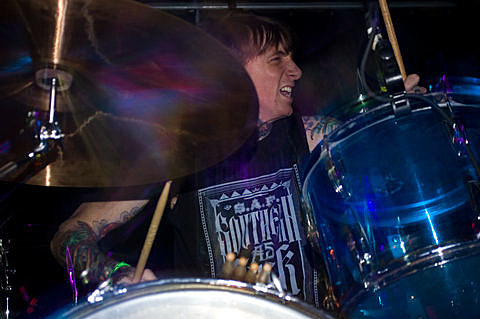 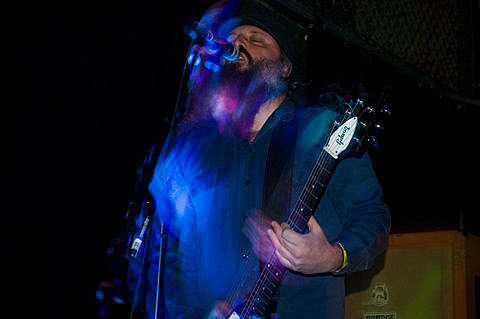 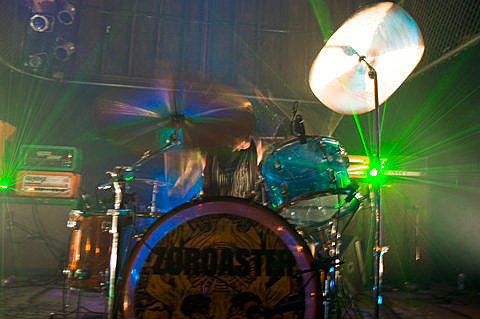 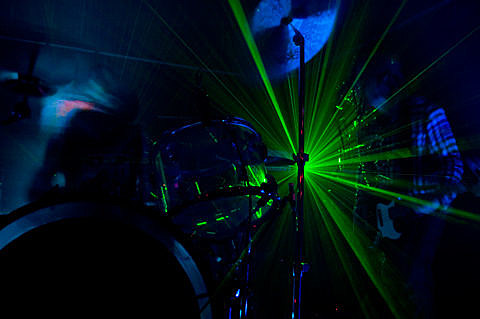 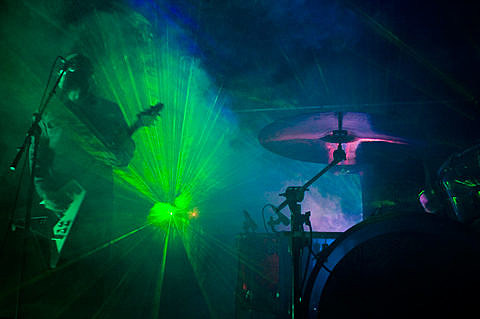 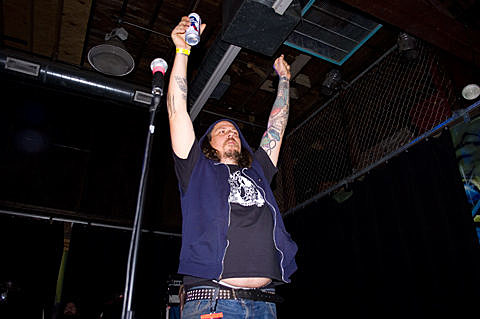 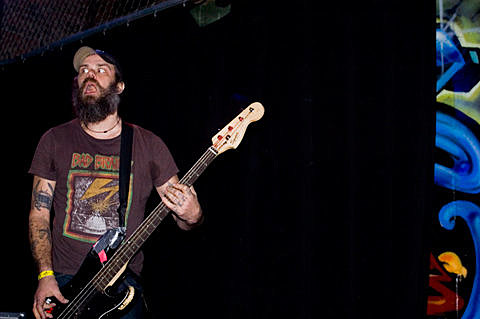 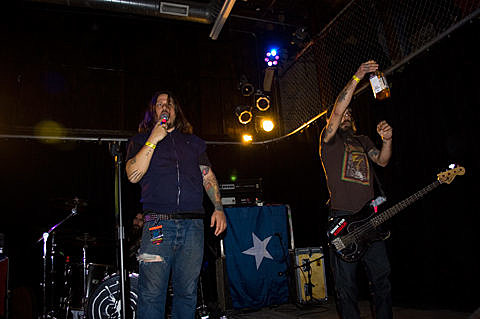 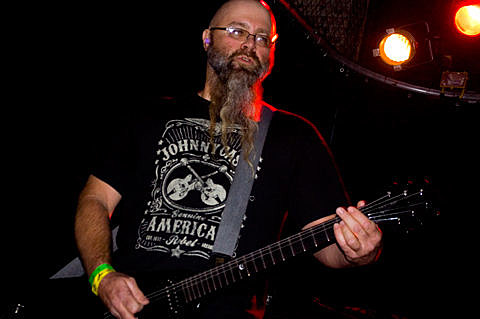 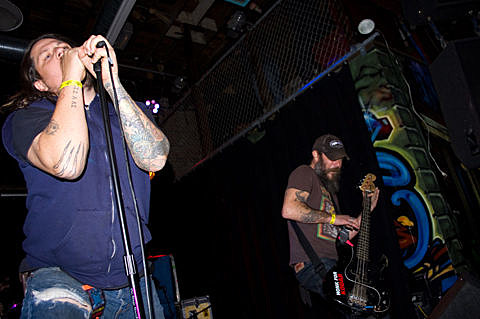 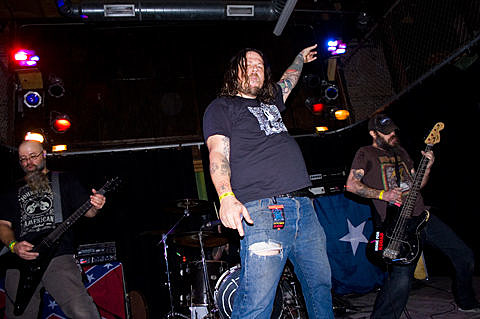 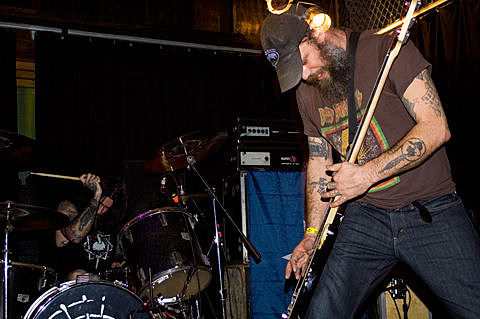 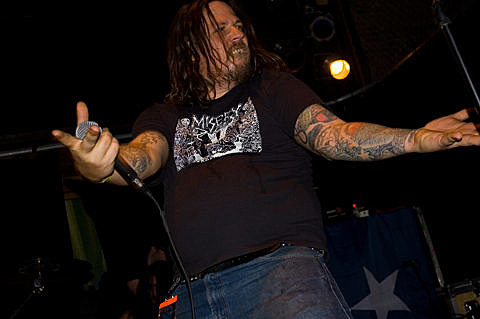 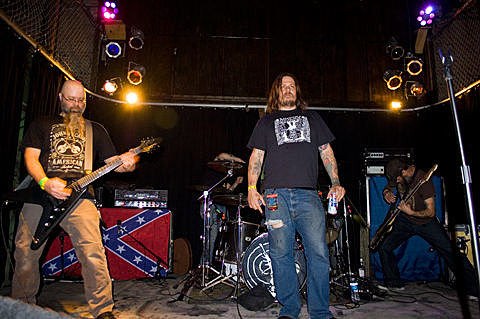 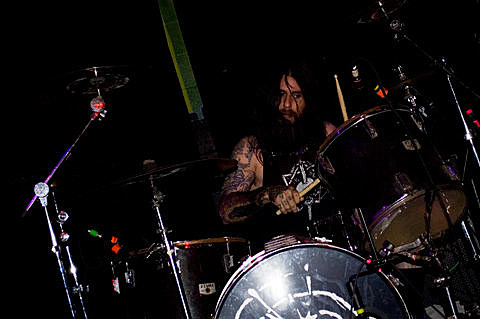 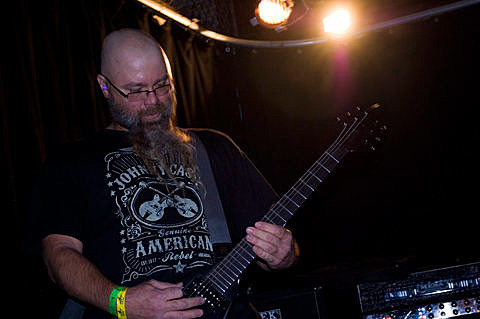 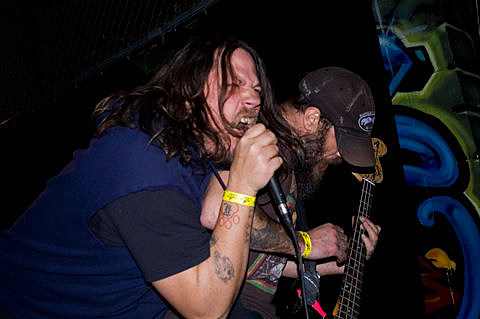