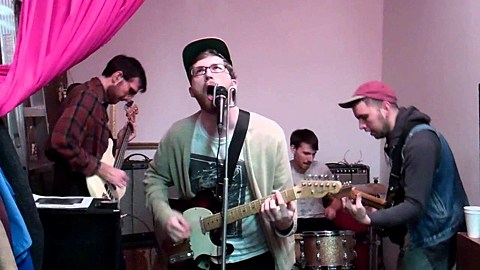 Brooklyn-based band Slow Warm Death is the current project of John Galm, who previously fronted the beloved math-emo band Snowing (and before that Street Smart Cyclist), but for this project he's taking the lo-fi/garage rock route, and he does the sound just as well and genuine as his previous style. They've shared local bills with bands like Literature and LODRO, and if you're into that kind of scene, Slow Warm Death will be right up your alley.

This past March, Slow Warm Death released their self-titled album on limited edition cassette (which is now sold out) and digitally. For a guy whose previous bands included lots of noodley guitar playing, on this record, the guitars are thick and rhythm oriented. It's got a punked up style that brings to mind bands like The Stooges or even that recent Ceremony album, but it's not without its hooks either. You can stream the album in full below or download it (name your price) at bandcamp.

As usual, the band have some local dates scheduled, including this Saturday (5/25) at Shea Stadium opening the previously discussed Lemuria show, which also has Bridge and Tunnel and Jeff Rosenstock (of Bomb the Music Industry) on the bill. Tickets for that show are still available. After that, they have shows scheduled at The Paper Box on June 3 with Honeydrum and Mannequin Pussy (tickets) and Cake Shop on June 9 with Nona, The Guts and Crow Bait.

UPDATE: As a commenter pointed out, they also play Suburbia on Friday (5/24) (330 Melrose St. in Brooklyn).

Flyer for the Paper Box show, a live video, and the album stream below... 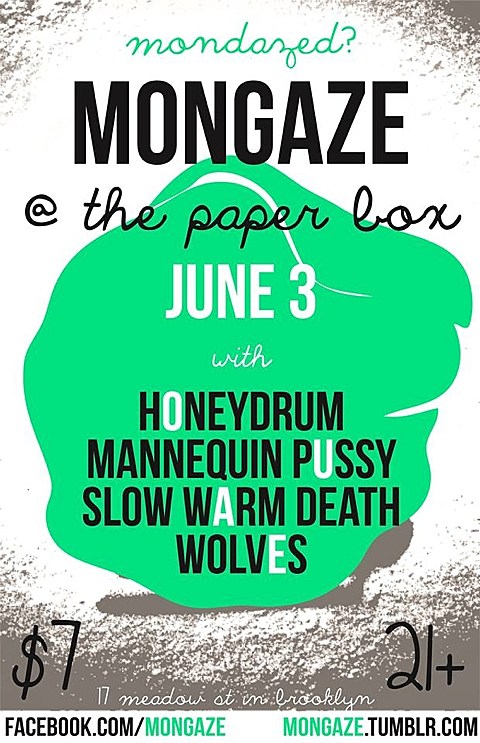