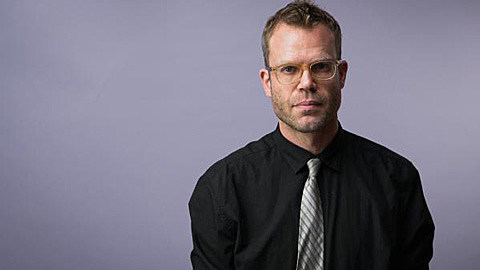 The glacially paced, attention-span taxing music that's come to be dubbed slowcore would seem an unlikely export for sunny, spontaneous Southern California, but Spain goes a long way toward proving you can't always judge a book by...well, its place of publication. Led by bassist/vocalist Josh Haden (a former member of the Minutemen-damaged agit-punk combo Treacherous Jaywalkers, the son of venerable free-jazz bassist Charlie Haden and brother of that dog's Haden sisters), the quartet ambles deliberately through soundscapes that evoke the windswept romance suggested by its name. - [Trouser Press]

Slowcore pioneers Spain (aka Josh Haden for all intents and purposes) released Sargant Place, their fifth album, last month via Dine Alone Records. The record features Josh's father and jazz legend Charlie Haden's last-recorded performance, on the song "You and I," and his sister Petra (that dog., The Decemberists, etc) is on it too. You can stream the album (via The Key) below.

Spain will be touring Europe early next year and will stop in NYC on the way there, playing a free show on January 29 at Lincoln Center's David Rubenstein Atrium, and then February 3 at Rough Trade. Tickets for the Rough Trade show go on sale Friday (12/19) at noon. All dates are listed, along with the album stream, below...