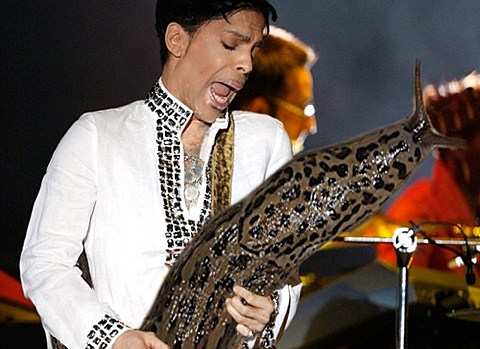 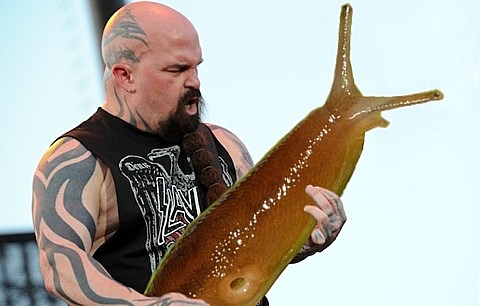 According to me, slugs are the most terrifying thing on the planet. Crawling bags of snot? Yeah, pass. Even typing the word makes me want to pour a protective circle of salt around myself at all times.

So it's with the utmost horror that I pass along the new Tumblr Slug Solos. The collection is courtesy of @michaelmphysics, the same brain behind Bass Dogs. The concept? Simple: "Some guitarists' solo faces look like they've just realised they're holding giant slug creatures." He's right. I've also soiled myself. You can check out a few of Michael's more (like the Prince one above) below, and see the rest here. The Kerry King one is our own creation though.

That said, there are some slugs I can get down with. A couple weeks back, Invisible Oranges reviewed Gastronomicon, the newest album by death metal band Slugdge. The theme is as nutty as the name, sliming up Lovecraftian tales about an ancient species of interstellar/inter-dimensional, you guessed it, slugs. Here's a taste of the lyrics:

Rhaexorog the lord of all, protector of what lies beyond/the greatest of the chosen ones, anointed of the netherslugs!

But don't let appearances make you think this is just a gimmick. Slugdge actually rip, like a crazy combination of Carcass, Demilich, Edge of Sanity, and Arcturus. All hail Mollusca the Greatfather.

More pics from Slug Solos appear below along with streams for two Slugdge albums. 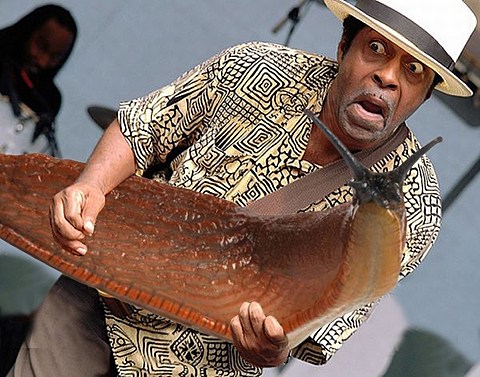 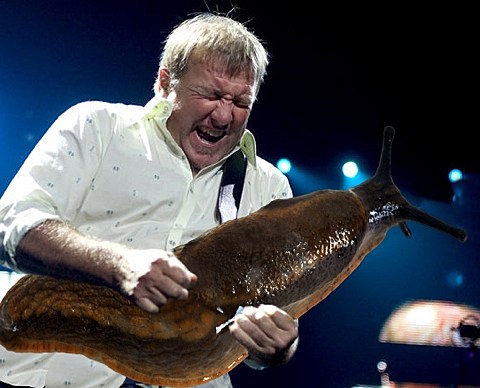