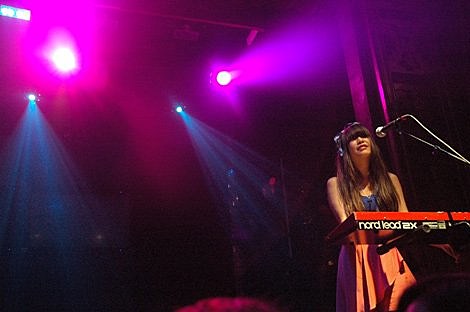 Slumberland began operations in 1989 as a collective effort consisting of members of DC area bands Velocity Girl, Big Jesus Trash Can/Whorl, Black Tambourine and Powderburns. We were inspired by such musical happenings as C-86, early Creation, Postcard, K, Bus Stop, lower East Side noise, and also the renegade art aesthetics of people like Cage, Burroughs and Duchamp. We were complete musical neophytes but so pumped-up about all the amazing things going on in post-punk independent music that we just had to jump in.

As Bill sort of hinted at, one headliner possibility is The Pains of Being Pure at Heart who just headlined Webster Hall. Tickets for the Bell House show are now on sale.