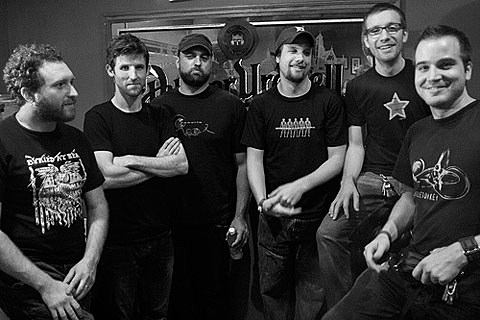 Small Brown Bike began in 1996 in the small suburban town of Marshall, Michigan. After two self-released seven-inches, the band was offered a helping hand from No Idea Records (Gainesville, Florida). The band immediately went to work on the new songs and recorded their first full-length entitled, "Our Own Wars" (July 1999) and went on to release three more full length albums, and countless additional releases. In their history, the band toured the States relentlessly performing and touring with acts such as Against Me!, Cursive, At The Drive In, Alkaline Trio, Hot Water Music, Desaparecidos and more, and performed at the Van's Warped Tour and at Louisville's Krazy Fest and Gainesville's The Fest.

Post-hardcore crew Small Brown Bike have logged more than fifteen years as a band. An accomplishment to be sure, but like any big milestone, that accomplishment also comes with reflection.

SBB have aggregated b-sides, alternate tracks and demos for Recollected, a compilation of rarites due on May 28 via Old Point Light Records which you can preorder now. The release features seventeen tracks in all, including "My Unanswered Whys" a version of which originally made its appearance on a limited split with Cursive in 2001. Stream that track and check out a video trailer for the compilation below.