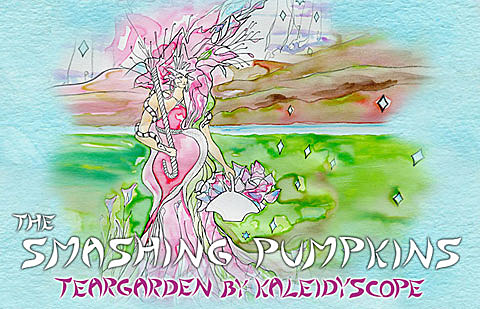 "The Smashing Pumpkins" are playing a string of "intimate" shows this July.

"The decision to play intimate venues keeps in line with the Pumpkins' "long-standing tradition of trying to start up new tours at smaller venues because it allows the band the opportunity to take some chances musically," explains Billy."

At those shows, the band (Billy Corgan plus guitarist Jeff Schroeder, drummer Mike Byrne and new bassist Nicole Fiorentino) will play "a balance of classics, a few obscure ones, and new 'Teargarden' material." Teargarden is the band's 11 EP project that'll eventually be collected as the 44-song work Teargarden By Kaleidyscope. The first of those four-song EPs, Teargarden By Kaleidyscope Vol.1: Songs for a Sailor, recently came out on Martha's Music/Rocket Science Ventures and is available above for free. You can also stream it below. 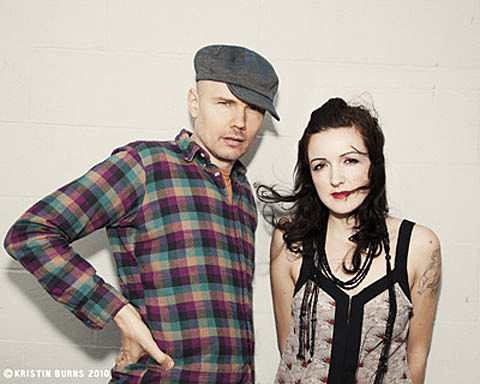 The NYC date is July 26th at Terminal 5 and an American Express ticket presale for that show will start Friday, June 11th at 10am. Public sale happens Monday, June 14th at 11am.

The Smashing Pumpkins tour Japan in August, and the band writes that they "plan to tour South America and Australia in 2010 and hope to return to the U.S. later this year." All of their currently announced tour dates, more info on the EP and a streaming player for it, are below...

The very limited edition collector's EP TEARGARDEN BY KALEIDYSCOPE VOL.1: SONGS FOR A SAILOR ("A Stitch In Time," "Widow Wake My Mind," "A Song For A Son" and "Astral Planes") is packaged in a beautiful silk-screened wooden box. Each box contains a 4-song CD, a vinyl 7" and a hand-carved obelisk from the shadows of the Incan ruins in Machu Picchu. Of the first EP, Jerry Shriver of USA Today described the music as "a delicious swirl of howling psychedelic rock and melodic ballads (5/25/10)," while Edna Gundersen (also of USA Today) singled out the song "A Stitch In Time," noting that "Billy Corgan binds a pretty melody to shimmery acoustic pop psychedelia, thus extending his brand's relevancy (6/1/10)." Elsewhere, Mikael Wood of the Los Angeles Times cited the "jammy, psychedelic side, with winding song structures, lyrics about endless seas and astral planes, and buckets of circa-'70s guitar fuzz (5/26/10)."