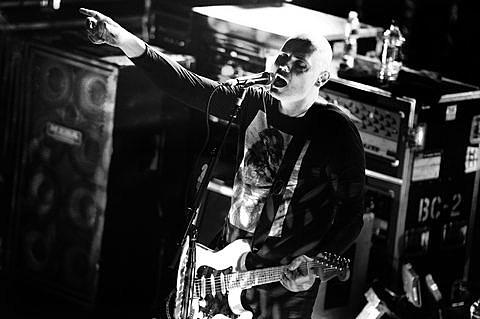 As mentioned, The Smashing Pumpkins are going on a big arena tour this fall, which hits NYC on October 31 at Barclays Center. When we first announced the tour, the full list of dates and venues had not been revealed. Now they have, and you can check out the list, which includes Susquehanna Bank Center on November 2 in Camden, NJ and Mohegan Sun on November 4 in Hartford, CT (presale for those two shows begins 9/4), below.

Presale tickets for the Brooklyn show went on sale today (8/27). There's a Citi Cardmember presale, an artist presale (password: "TEARGARDEN"), and VIP package options. General sale for that show begins Friday (8/31) at 10 AM.

A list of all dates and a video of The Smashing Pumpkins performing "The Celestials" on Leno are below.

The Smashing Pumpkins - "The Celestials" on Leno