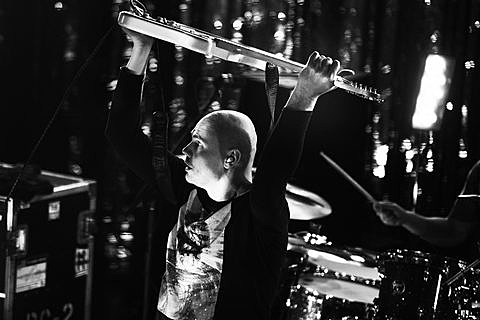 After the parade, probably the biggest NYC Halloween cancellation is now Smashing Pumpkins at Barclays Center which officially has been postponed "due to the aftermath of Hurricane Sandy. Ticket holders should keep their tickets for an upcoming rescheduled date. We will announce more information soon."

This is now the fourth Barclays Center concert to be cancelled or postponed. Two of those, the other being Journey, were because of the hurricane.