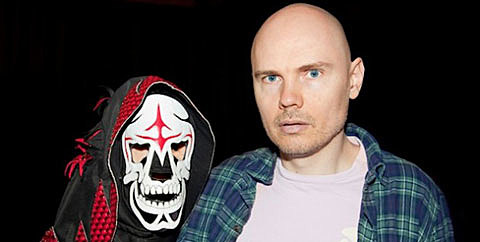 Smashing Pumpkins haven't announced a new date for their postponed Brooklyn Halloween show yet, but they have announced they'll be playing their cancelled NJ and and VA dates on 12/8 and 12/9. Four dates total are now postponed due to Sandy. They're all listed below.

--
"At these arena shows, the PUMPKINS--singer/guitarist BILLY CORGAN, guitarist JEFF SCHROEDER, drummer MIKE BYRNE and bassist NICOLE FIORENTINO--are performing their new OCEANIA CD in full and for the second half of the show they play classics and deep cuts from their body of work. The PUMPKINS are backed by visuals prepared by Sean Evans, whose most recent project was assisting Roger Waters on the newest staging of "The Wall." THE PUMPKINS are using new technology in video-mapping to create something new and previously unseen. Joining the PUMPKINS for these shows is Morning Parade."