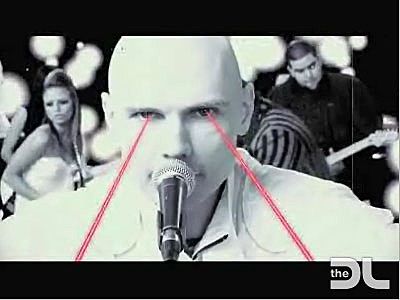 Live Earth is just a few days away. It will also be the first time the new Smashing Pumpkins play the NYC-area. If you're going, think about how you're getting there...

Audience travel accounts for the vast majority of a concert’s impact on our climate – as much as 50%! You can ANSWER THE CALL by taking public transportation or by carpooling with 4 or more people to Giants Stadium.

The NJ show also has Kanye West, Kelly Clarkson, The Police, Roger Waters, and Bon Jovi on the bill, and is not yet sold out. Can't be there? (or can't stand the thought of being there?) Watch it/them from home.

AND.... Smashing Pumpkins just announced a bunch more tour dates - still no NYC, but two in Philly, and a bunch of "TBA"'s....

Watch the latest SP video, and listen to the entire new album, HERE.