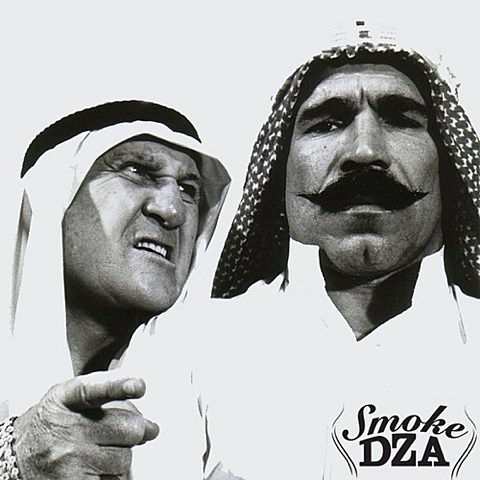 Riiiiiiiiight. Prolific Harlem rapper Smoke DZA has put out a number of solid releases in the last few years, and he returned last month with another free release, the Ringside EP. Ringside was produced entirely by 183rd and intentionally came out on the same day as Wrestlemania (4/8), hence its title. It's a short release (5 songs), and a solid addition to his long list of material. Stream the entire thing below and download it HERE. That's the cover art above.

DZA has some shows coming up this month and next too. First, he'll play a Scion A/V show on May 22 at Coco 66 (66 Greenpoint Ave) with Stalley and Riff Raff, which you have to enter Scion's contest to gain admission to, and right after that show, he'll head out on a West Coast tour with Big K.R.I.T., in support of KRIT's also-solid new mixtape, King Remembered In Time, which includes DZA guesting on the track "Only One." You can stream that mixtape in full below and download it for free HERE.

After the tour with KRIT, DZA will play two hometown-area shows in June. The first is a previously discussed appearance at the Summer Jam (6/2) side stage (tickets) and the second is at The Studio at Webster Hall on June 26 with Vinny Cha$e, BBA, H Squared, and Caspa Narkz. Tickets for that show are on sale now.

DZA is also heading out as a support act on the previously discussed A$AP Rocky/Wiz Khalifa co-headlining tour, which hits the NYC-area for three big shows in August: PNC Bank Arts Center on 8/2, Jones Beach on 8/6, and Comcast Theatre on 8/8. Joey Bada$$ and a bunch of others are on the tour too, and tickets for all three NYC-area shows are still available.

All dates are listed, along with those mixtape/EP streams, below... 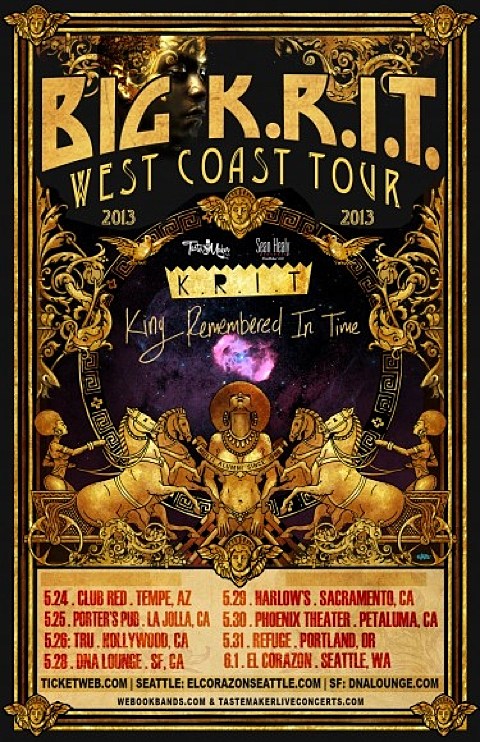