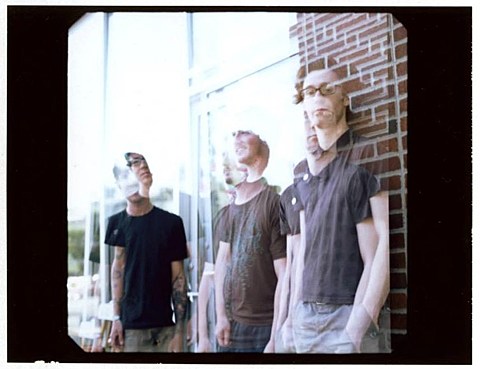 It's not much of a secret that Massachusetts is currently a breeding ground for some of the best new '90s-inspired loud rock bands, and Allston's Sneeze are no exception. Their sophomore album, Wilt, comes out on June 17 via Glory Kid, and can be pre-ordered now. Not unlike Roomrunner's snotty grunge revival, it's ripper after ripper of the kind of alternative rock that we never get to hear on the radio anymore. If you yearn for the days of Nirvana, early Weezer, The Smashing Pumpkins, and all that good stuff, Wilt is for you. Not to mention it was produced by go-to Mass. guy Justin Pizzoferrato, who's manned the boards for Dinosaur Jr, Sonic Youth, Speedy Ortiz, and plenty other distortion pedal lovers. A full stream of the LP premieres in this post and can be listened to below.

Sneeze are planning a tour for later this year, but first they'll play a release show in their hometown on June 14 at O'Brien's Pub with Ovlov, Raw Blow and Sweet John Bloom.