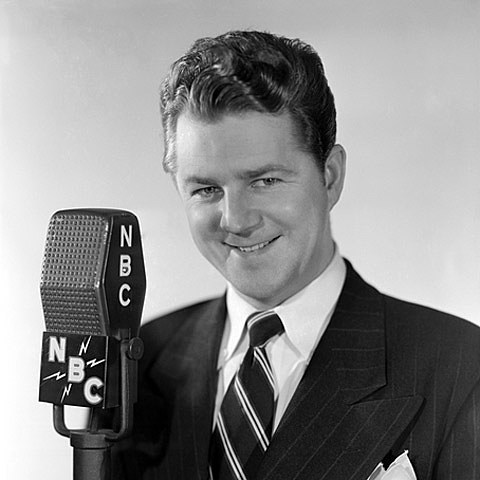 One of the most recognizable voices in American broadcasting has been silenced:

Don Pardo, who literally introduced television viewers to some of America's biggest stars and soon-to-be-stars as the longtime announcer for "Saturday Night Live," died Monday in Tucson. He was 96.

Mr. Pardo's death was confirmed by his daughter, Dona Pardo.

Mr. Pardo, whose career began in the radio age, continued through the end of the last season of "S.N.L." in May, when he performed the introductions on the finale, hosted by Andy Samberg.

Mr. Pardo was with "S.N.L." from the show's first episode in October 1975, and performed the introductions for 38 seasons, missing only Season 7. For many viewers, the names of scores of stars -- from Chevy Chase to Eddie Murphy to Tina Fey -- were first heard in his sonorous baritone, which announced the cast each week at the end of the opening skit.

"Every year the new cast couldn't wait to hear their name said by him," said Lorne Michaels, the show's creator, who hired Mr. Pardo in 1975. - [The New York Times]

In addition to his work on Saturday Night Live, Don Pardo was an announcer for game shows like Jeopardy, Match Game and The Price is Right. It was a long, amazing career and SNL and TV won't be the same without you. RIP, Don Pardo.

A few clips below...

Don Pardo on his current role on "Saturday Night Live"

The Price is Right - Don Pardo