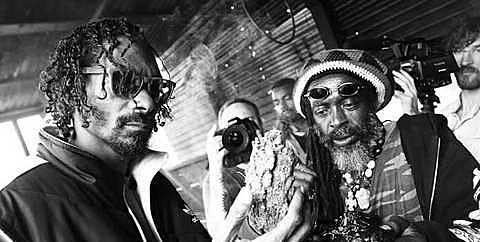 Snoop Dogg, who now goes by Snoop Lion, plans to release his first album under the new moniker later this year via Vice. The album is called Reincarnated, it's reggae based, and was produced by Major Lazer. Reincarnated was influenced by Snoop's trip to Jamaica, regarding which he said:

"I didn't want to be Snoop Dogg on a reggae track...I wanted to bury Snoop Dogg and become Snoop Lion, but I didn't know that until I went to the temple and received the name Snoop Lion from the Nyabingi priest." "From that moment on, I started to understand why I was there and was able to create something magical in this [Reincarnated] project...something I haven't done before in my career."

A documentary, also titled Reincarnated, about Snoop's time in Jamaica which delves into his time with Rastafarian elders and recording the album with Diplo in a Jamaican studio is also in the works. It will premiere at the Toronto International Film Festival, which happens on September 6 - 16. Check out the trailer for that documentary and his new Snoop Lion single, "La La La," below.

Snoop recently debuted the song live at Osheaga in Montreal, which went down from August 3-5. If you haven't been keeping up with our Osheaga coverage, pictures of day 1 are HERE, pics of day 2 are HERE, and pics of day 3 are HERE. A video of him playing "La La La" at Osheaga is below.

Though he wants to "bury Snoop Dogg," he hasn't forgotten totally about his past. He performed his classic debut LP, Doggystyle, which turns 20 next year, in full at NYC's Catalpa Festival, which went down late last month (pics from that fest are HERE). Some videos of Snoop's Catalpa performance are below. He also mentioned in an interview with Metro, that he's got other 20th anniversary plans for the album too: "I got sumthin on tha back burner but u gotta stay tuned in to see what that is. Be on da lookout for sumthin real special to keep ya knockin for anutha 20, ya dig?!?"

Snoop Dogg/Lion will going on tour this year which hits the NYC area on September 26 at The Paramount in Long Island and September 27 at Wellmont Theatre in Montclair, NJ. Tickets for the Paramount show go on sale Friday (8/17) at 10 AM with a venue presale starting today (8/16) at 10 AM. Tickets for the Wellmont show go on sale Friday (8/17) at noon.

A list of all currently known dates, videos, and song stream are below. 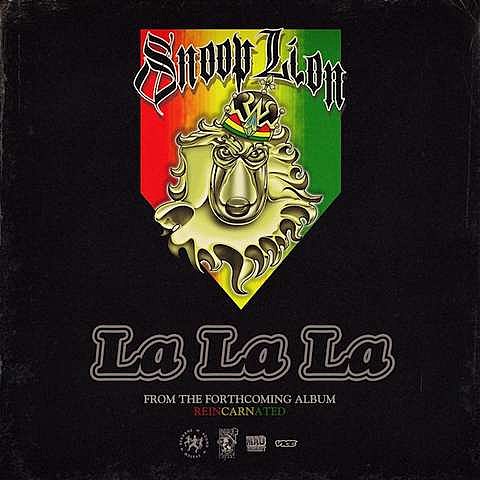