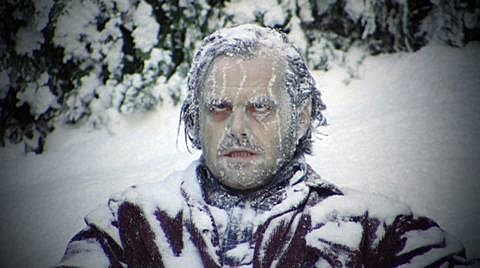 The five or so inches of snow Hercules dumped on NYC wouldn't normally be enough to cause too much havoc, but couple that with falling temperatures that are due to drop all the way down to 1° Fahrenheit (the coldest night in 10 years, reportedly), and that makes for weather most folks want to avoid. It's also caused a few cancelations and postponements tonight, show-wise.

Glasslands is closed tonight, meaning the early show of Yvette, Christines and Future Punx has been postponed till February 21. All tickets will be honored and refunds are available at point of purchase.

Tonight's late show with Toronto's Egyptrixx was also canceled, but he'll now be DJing at Cameo's basement with Judge Wise, and Evan Michael. Tickets are $5 with RSVP. From the looks of Glasslands' twitter, his show there (which would have been the NYC debut of his A/V show) will still be rescheduled at some point.

And Swearin' were to have headlined Brooklyn Night Bazaar tonight, but "due to the inclement weather and the fact that [they] are all scattered along the east coast at the moment, [they[ are unfortunately going to have to cancel." The three other bands on the bill -- Cymbals Eat Guitars, Porcelain Raft and Low Fat Getting High -- are still playing and that show is free.

And, as mentioned, Saturday's (1/4) Stryper show at Stage 48 ain't happening.

Whatever you do tonight, wrap up tight and stay warm. Any other cancellations we missed?