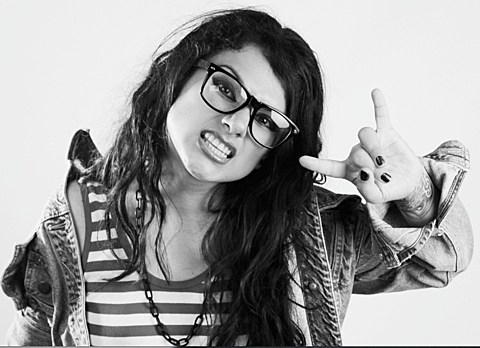 I fuck with her. I like gangsta bitches. We met at South by Southwest and may do a song together. She's thick, she's pretty, but she's not showing her ass. She wants people to hear her lyrics and not that other mess. If she wanted to take off her clothes, men would just die. But they have to respect her for what she's saying--having a nice body and being pretty is just a plus.

The above quote is about Mexican-American rapper Snow Tha Product by Three Six Mafia's Gangsta Boo who reviewed her for VICE alongside other fellow female rappers Azealia Banks, Iggy Azalea, Brooke Candy, Angel Haze, Kilo Kish, Kitty Pryde, and more. Not long ago Snow released the Good NIghts & Bad Mornings 2 mixtape which featured guest spots from Ty Dolla $ihn, Cyhi The Prynce and others and incudes standout single "Cookie Cutter Bitches." You can watch the video for that one below. A full length is set to follow sometime this year.

Snow just announced the 'F#*K Your Plans, Come Kick It Tour' tour which brings her to NYC for a show on March 5 at Santos Party House. Tickets for that show are on sale now. All dates are listed on the tour flyer below.

In other rap news, Chicago rapper Lil Durk, who has gotten some internet love lately, will make his way to NYC for a show on Thursday (1/30) at BB King's. Local fave Troy Ave is on the bill too, as is Chinx. Tickets are on sale now. Watch Lil Durk's video for "Dis Ain't What U Want" below.

A bunch of great local rappers, Kool A.D., Mr. Muthafuckin' eXquire, Meyhem Lauren and Lakutis, will all team up for a hometown show on February 9 at SOB's. Tickets are on sale.

And Yasiin Bey (fka Mos Def), who postponed his December Highline Ballroom show, is now set to play the venue on February 27 (tickets).

Other previously discussed hip hop shows include Kanye, J. Cole, 2 Chainz/Pusha T and more. Browse our 'Hip Hop' category for even more. What else? 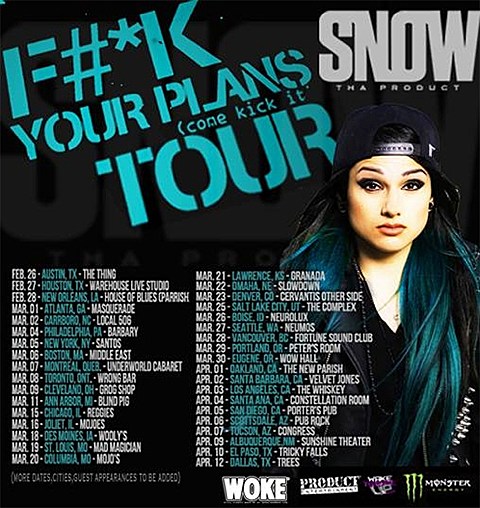