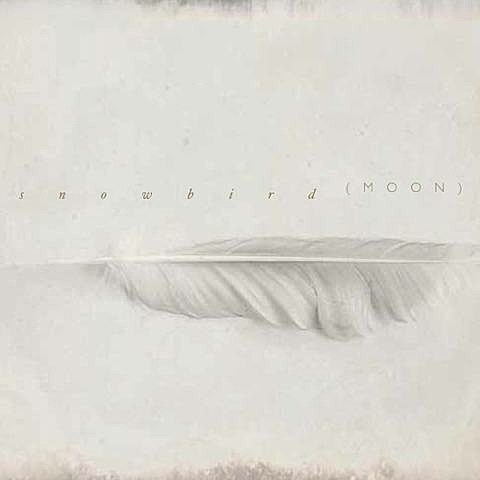 Simon Raymonde stays very busy running his label Bella Union which is the UK home of Flaming Lips, Fleet Foxes, Beach House, John Grant, Midlake and more. But he spent the '80s and most of the '90s as bassist for Cocteau Twins, perhaps the quintessential 4AD band from that label's first decade. (His father, Ivor Raymonde, did arrangements for Scott Walker and Dusty Springfield.) Bella Union was set up to release Cocteau Twins albums and related projects and when the band broke up in 1997 the label took on a life of its own.

While Raymonde has produced some of his label's releases, he hasn't really made much music of his own since the Cocteaus broke up. That changes soon, though, with the debut album from Snowbird, the group he formed with singer Stephanie Dosen whose 2007 album for Bella Union, A Lily for the Spectre, he produced. The group was loosely formed in 2010, covering Pink Floyd's "Goodbye Blue Sky" for a MOJO compilation CD (stream it below), but Moon will be their first album of original material. The first track from it, "Porcelain," will definitely remind people of his former band, with Dosen sounding remarkably like Cocteau Twins' singer Elizabeth Frazer (who was just in NYC playing with Massive Attack). Says Raymonde:

Stephanie was the first singer I had worked with since Elizabeth that I had a real musical empathy with. She could do anything. No one had ever sung with Midlake on record before Stephanie, while Massive Attack asked her to be their lead singer on tour --- ironic really given that Elizabeth had too! She also sang with Chemical Brothers. But we'd never written music together at home...

...I wrote every piece of music at night, in semi-darkness so that the space didn't feel like my living room. The moon was very important for the light it reflected.

You can stream "Porcelain" (which has a little This Mortal Coil vibe to it too) below. Adding to the old school feel, legendary 4AD graphic designer Vaughn Oliver did the album cover. Raymonde also got a few other Bella Union artists to contribute, including Phil Selway (and his Radiohead bandmate Ed O'Brien), Eric Pulido and McKenzie Smith of Midlake (who play NYC tonight), Jonathan Wilson, and Paul Gregory of Lanterns on the Lake (who'll be in NYC in February).

Look for Snowbird's Moon in January. Streams below...