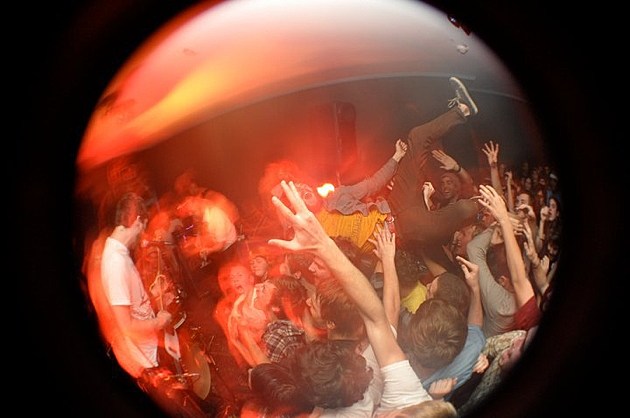 The members of first-wave emo revivalists Snowing splintered off into various groups, including Slow Warm Death, The Beds, John Galm solo, Glocca Morra, Super Unison, and Dogs On Acid, but they're now set to reunite for at least one show this year. They were announced for the second annual Broken World Fest, which has a pretty solid lineup including The World is a Beautiful Place & I am No Longer Afraid to Die, Into It. Over It., Empire! Empire! (I Was A Lonely Estate), Weatherbox, Rozwell Kid, Pinegrove and more. It goes down April 15 & 16 at Spirit Hall in Pittsburgh. Schedule, tickets, and more bands coming soon. Check out the full initial lineup below.

If you're not familiar with Snowing, they (and pre-Snowing band Street Smart Cyclist) were helping to bring back Kinsella-style emo before every band at your college was, and once that sound got some actual success, most members had moved on from it with their other bands. The newer projects are all solid, and some are arguably better, but it's still a treat to get another chance to see Snowing. Stream their only full length, 2010's I Could Do Whatever I Wanted If I Wanted, below.