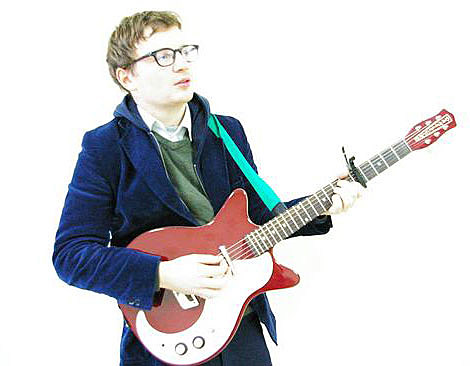 Galway, Ireland's So Cow start an extensive U.S. tour this week with three shows in Brooklyn: Thursday (5/7) at Bruar Falls, Friday (5/8) at Silent Barn, and Saturday (5/9) at Death by Audio. Basically one guy, Brian Kelly, on record, So Cow has self-released two full albums and a few EPs and singles since 2005, the best of which has been compiled onto a new 18-track, self-titled, vinyl-only album which came out about a month ago on Tic Tac Totally. It's all super-catchy, clever pop from start to finish, with one of the better-looking album sleeves I've seen in a while. Highly recommended. A couple MP3s are at the top of this post to give you an idea. Kelly toured the U.S. this time last year with a MP3 player as his backing band (including a stop at WFMU which you can still listen to) but for this tour, So Cow will be an actual three-piece band. All dates below... 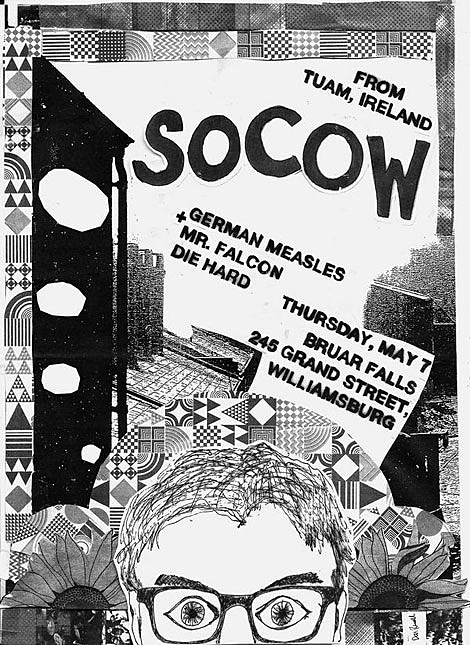