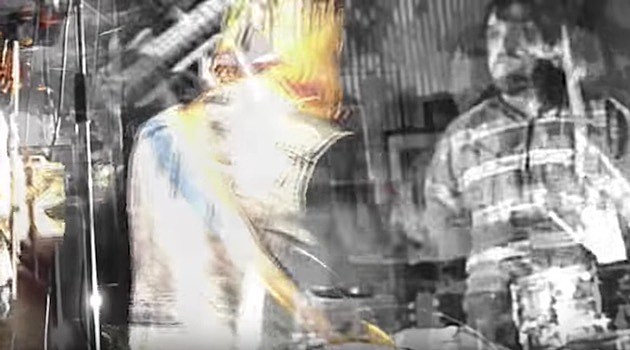 Seattle mutant punks So Pitted are just a couple weeks from releasing their Sub Pop debut, neo. You can check out a couple more songs off the album -- "holding the void" & "the sickness" -- via a new live video that offers a fitting visual accompaniment to the band's melted sound. Of the song "holding the void," its writer, Nathan Rodriguez, told us, "Initially I wrote this song as a reaction to someone else but as more time passes it feels like i myself am the subject. Also, listen to those drums, this is practically a jock jam." The video makes its premiere in this post and you can watch below.

So Pitted were in NYC at the end of last year. They don't have any return trips planned just yet, but they will be playing San Francisco's Noise Pop Festival, before a short European tour, followed by an assault on SXSW 2016. All dates are listed below.