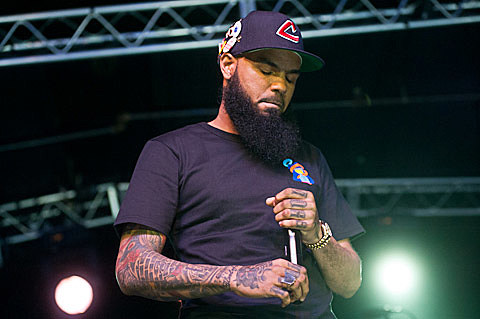 For the month of April, NYC venue SOBs will be presenting 'I Love SOBs Music Fest.' A $100 badge will grant you access to every single show the venue puts on during April. The flier for the fest is below.

The shows include Obie Trice and friends on 4/3, Stalley and friends on 4/4 (also Stalley's album release party), Schoolboy Q on 4/11, Shabazz Palaces on 4/13, Casey Veggies on 4/25, and more. Individual tickets for all of these shows are on sale too.

Meanwhile, for Shabazz Palaces, the SOBs show (4/13) is one of two NYC shows on their upcoming tour which hits Brooklyn Bowl the next day (4/14). Tickets for the Brooklyn Bowl show are still available.

Stalley, like MANY rappers this year, was just down at SXSW where he played with Rick Ross at Fader Fort and was on the huge Warner Sound bill with T.I., Curren$y, B.o.B., and many others. 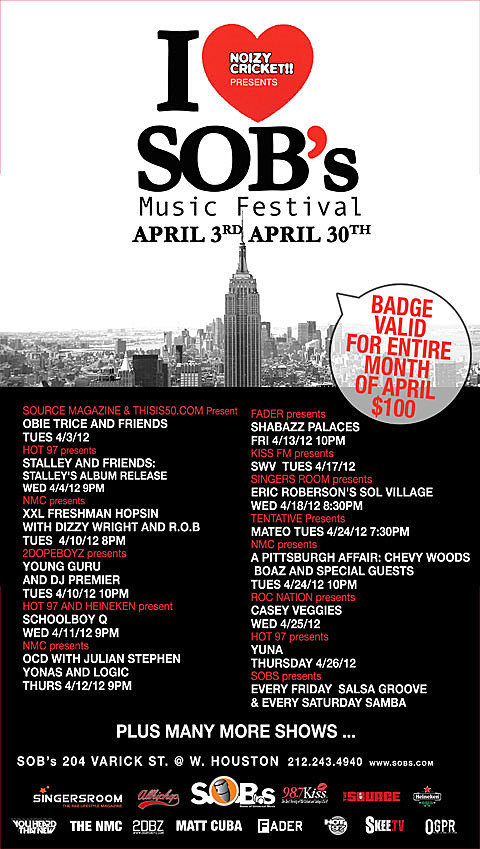