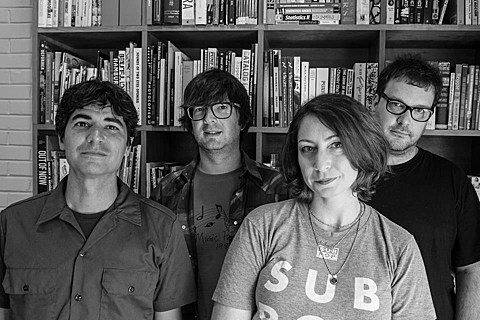 DC's Soccer Team are led by Melissa Quinley and Ryan Nelson, the latter of whom was also a member of The Most Secret Method, Routineers, and Beauty Pill (who released their first album in 11 years this year). Soccer Team will release their first album since their 2006 debut, Volunteered' Civility and Professionalism, Real Lessons In Cynicism, on October 27 via Dischord (pre-order).

Over the summer they released the single "Friends Who Know" and we've got the premiere of another track from the album, "Too Many Lens Flares." If you're a fan of Soccer Team's first album or Ryan's other bands you probably have a good idea of what you're getting here. And if you're new to the band, expect high quality, traditional-sounding indie rock. Listen below.