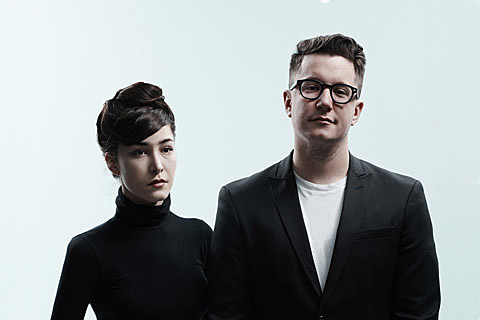 NYC electro-leaning label GODMODE will have a very busy second half of 2015, releasing six EPs before year's end, including noisemakers YVETTE's Time Management on October 2, plus ones by Fasano and Hand of God (both were just released digitally), as well as Fitness (9/11), synthy R&B duo Soft Lit (9/25) and Malory (10/30). All of them will be released on a limited edition megacassette titled You've Been Sweating Wrong Your Whole Life that will be out 10/30. You can stream Fasano and Hand of God's EPs in full, plus watch the new video from Soft Lit (Tara Chacon and Tyler of Motion Studies) below.

There will also be GODMODE parties happening at Elvis Guesthouse featuring "five nights of slightly antagonistic dancing and deliberately bad mixing." The next one happens September 9 and is curated by Fitness.