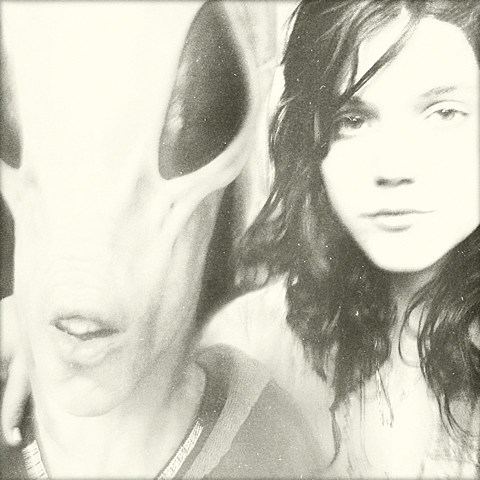 French singer/actress Soko (aka Stephanie Sokolinski), who you might also know from Jherek Bischoff's 2012 album Composed (she appeared with Parenthetical Girls singer Zac Pennington on a track), released her debut album, I Thought I Was An Alien, last year, and it just officially came out in the US this week (6/11). It's a nice sounding singer/songwriter-y indie pop album, with a bit of a lo-fi aesthetic. The whole thing can be streamed below.

She's been celebrating the US release of the album with a few California shows earlier this month, and now she's coming to NYC for two shows at McKittrick Hotel on Thursday (6/13) (6 PM and 8:30 PM). Tickets (starting at $20) for these sorta upscale release shows are on sale now. Note that the price does not include admission to "Sleep No More" which is also at the McKittrick Hotel.

All upcoming dates are listed, along with the album stream, below...