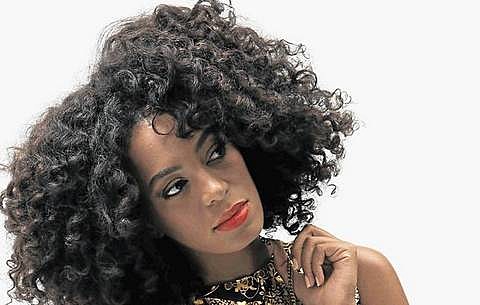 As mentioned, Solange Knowles has a lone US show scheduled before the year ends happening in NYC on December 11 at Bowery Ballroom. That show sold out, but if you weren't able to grab tickets, you're in luck because she added another show happening at the same venue on December 18. Tickets for that show go on sale Friday (11/30) at noon.

Solange released the Dev Hynes-co-written/produced True via Chris Taylor's Terrible Records this week (11/27), the follow-up to 2008's Sol-Angel and the Hadly St. Dreams. Perhaps most famously known as Beyonce's sister who convinced Bey and her hubby Jay-Z to go to a Grizzly Bear show in 2009 and then signed to Grizzly Bear bassist Chris Taylor's label, Solange may always be pegged as the indie alternative to the pop star that is Beyonce. But on True, Solange proves that those comparisons aren't really fair. She might be on an indie label, but those things matter a lot less in 2012 anyway, and True is a pop record in every way, and a very genuine one. She might not have the maximalist empowered soul and R&B that her sister does, but Solange channels pop music the way it was defined when Madonna was dominating the charts in the mid-'80s. It's more stripped down than Beyonce and her radio-friendly peers, but it doesn't feel like an attempt at indie/pop crossover like Toro y Moi or Twin Shadow. Instead, it just sounds like Solange making the pop music that she loves and if True reaches the right audiences, it has the potential to please the mainstream and the indie crowds, the same way Beyonce did with last year's 4.

A spotify stream of True and a list of all Solange dates are below.