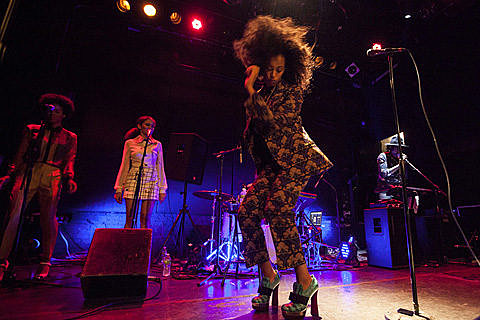 With her mini-LP, True, out and its terrific single "Losing You" starting to catch on, it seems Solange's time has finally come. Bowery Ballroom was packed last night (12/11) for her sold-out show, and the crowd included David Byrne and Solange's sister, Beyonce. Like on their appearance on Late Night with Jimmy Fallon (watch below) her band included collaborator/producer Dev Hynes of Blood Orange (who seems to be having a lot of fun in this role) and Chairlift's Patrick Wimberly. It was a short set -- eight songs, mind you True is seven -- but the crowd was into it. Kelela, who contributed vocals to Teengirl Fantasy's Tracer LP and has performed live with TGF, opened the show.

Solange plays Bowery Ballroom again next week on December 18 with Sinkane opening that show, and it is sold out too. More pics and the setlist from Tuesday night, and the video of Solange's Fallon performance are below. 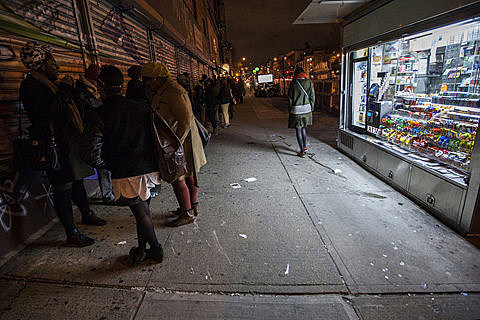 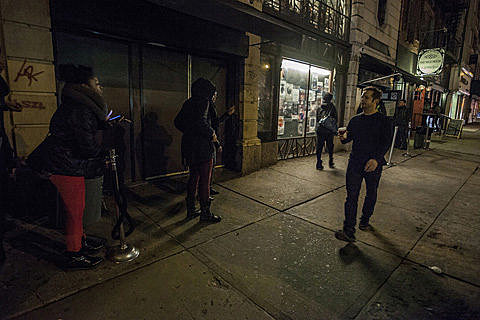 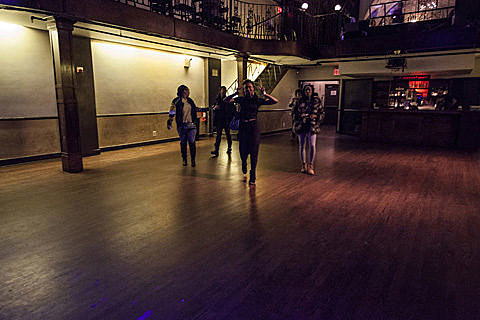 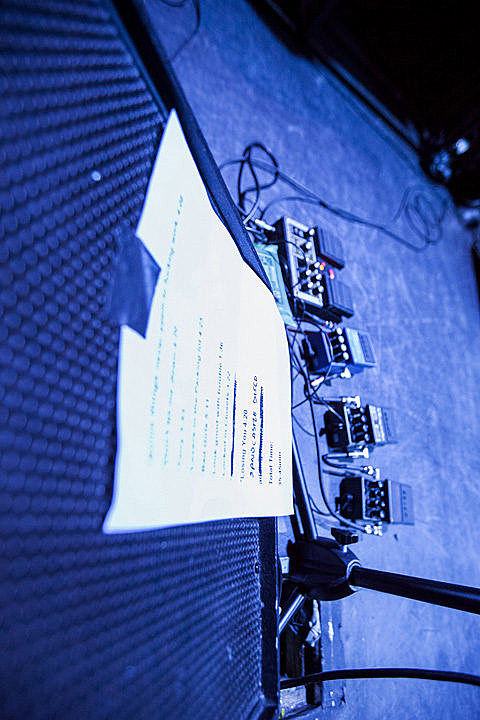 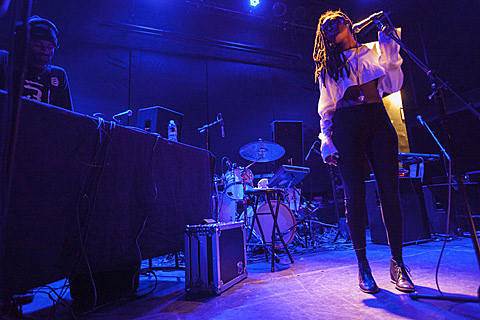 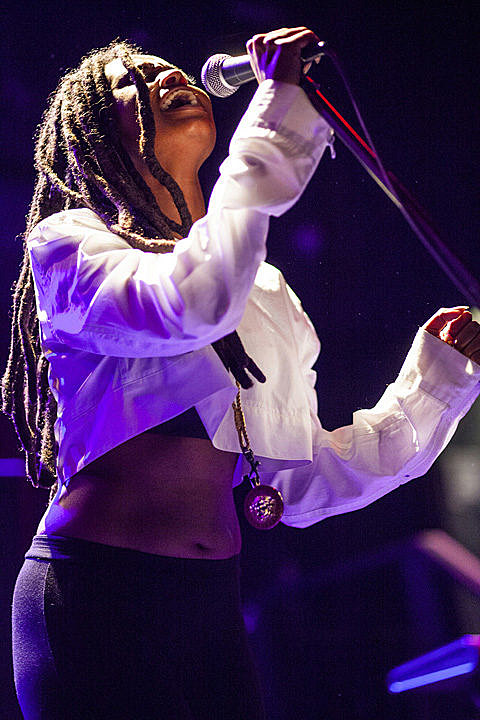 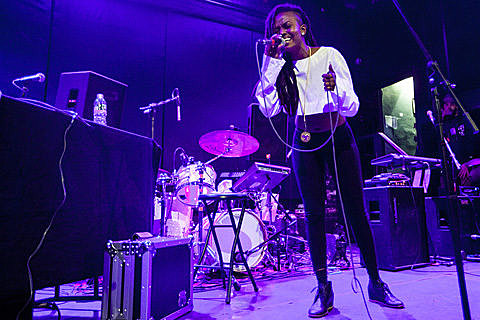 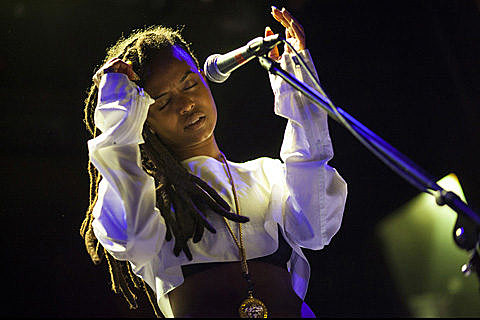 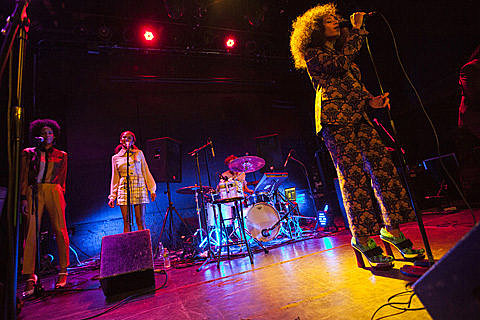 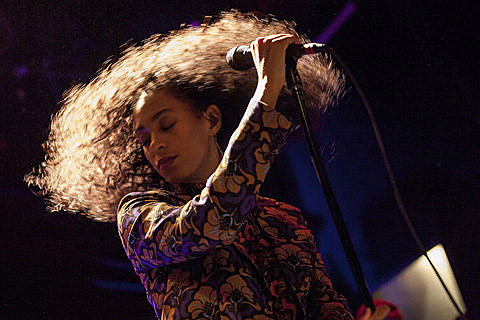 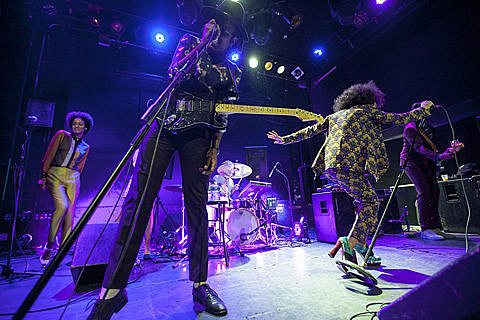 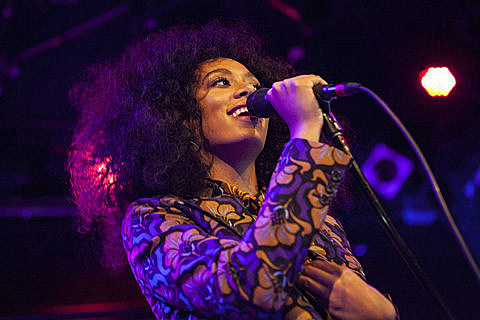 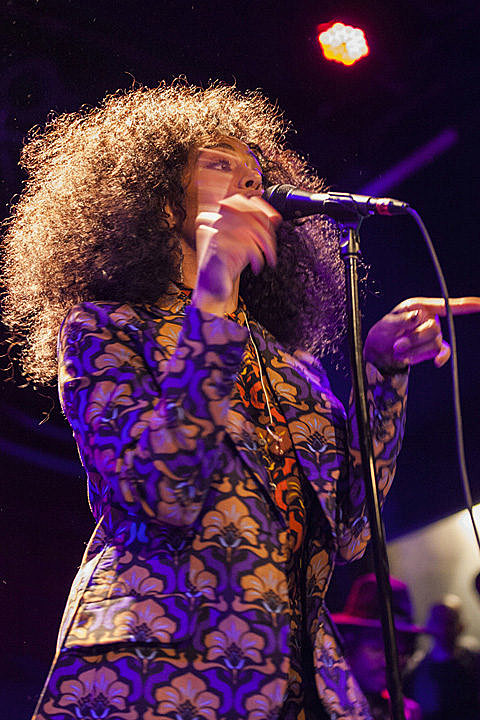 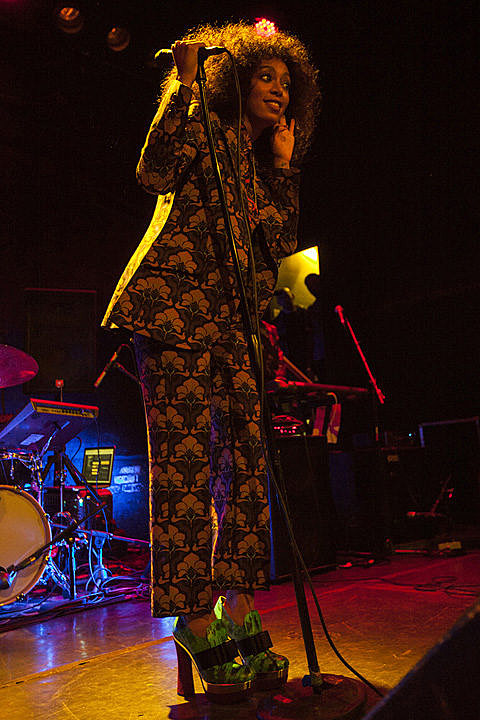 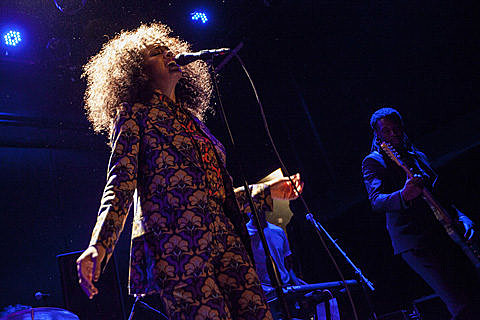 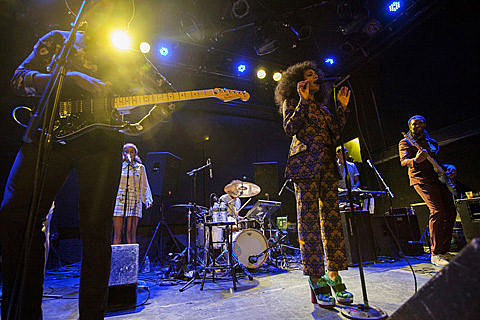 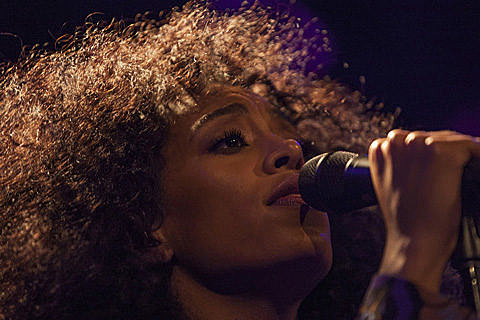 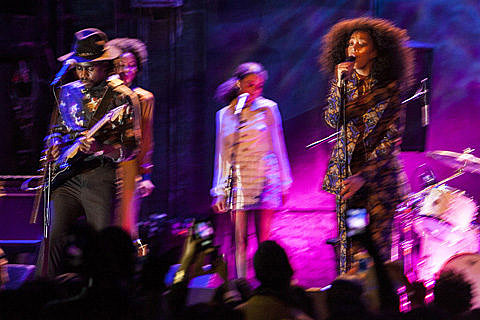 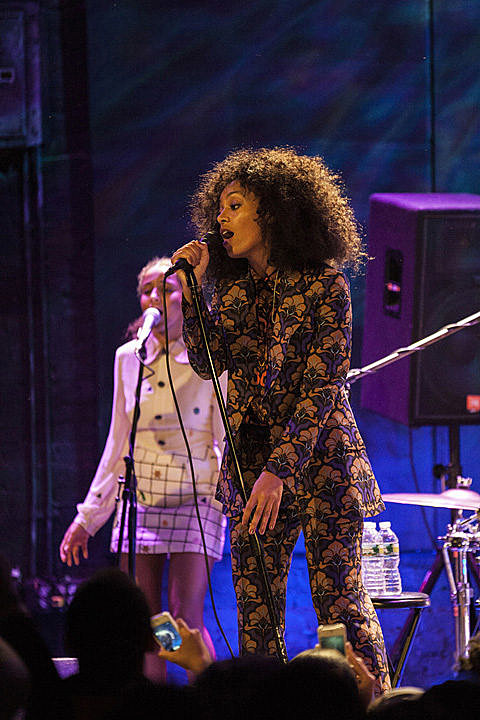 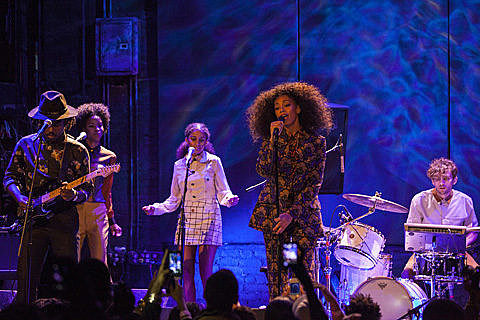 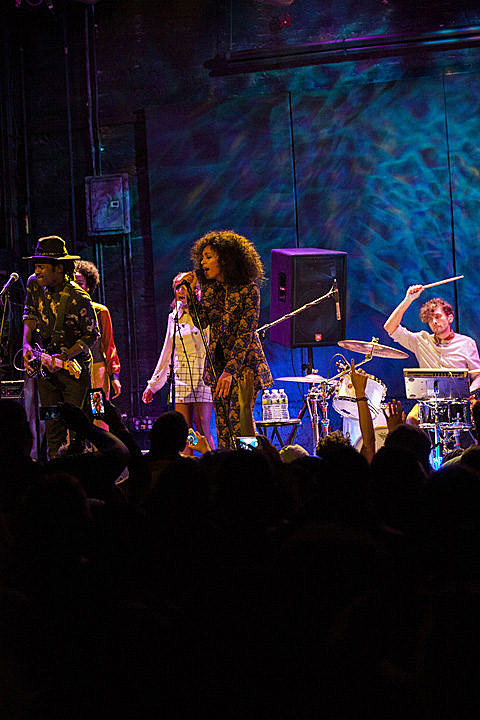 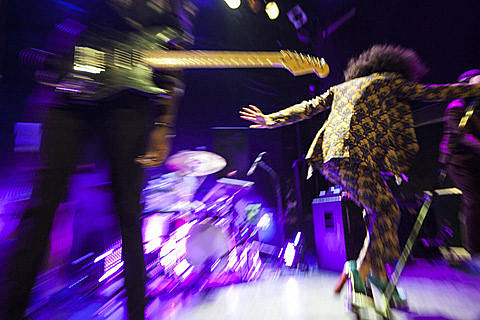 Solange - "Losing You" on 'Fallon'